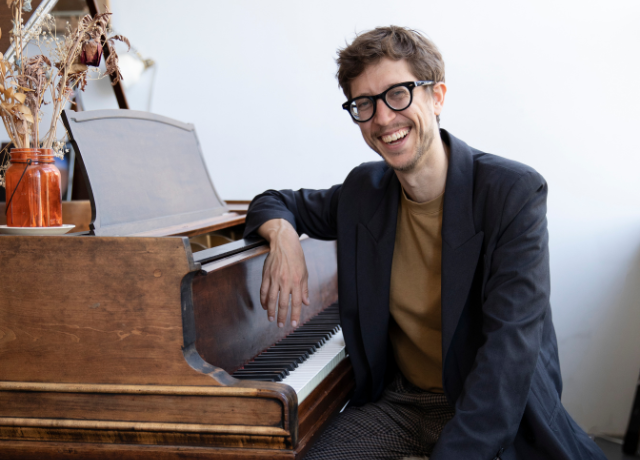 A proud Indianapolis native, Dave headed to New York City to attend the Juilliard school in 2013, where he imbedded himself in a wide array of music scenes, touring the world with Sammy Miller and the Congregation, playing the NYC jazz clubs with Wayne Tucker, and even receiving a Grammy nomination as a member of the Juilliard big band.

During the pandemic, Dave along with trumpeter Wayne Tucker and other close friends brought joy and community to Brooklyn by playing in Prospect Park nearly daily, turning the main entrance of the park into a popular makeshift jazz club.

He and Sammy Miller also used that time to create Playbook, an interactive and immersive remote musical learning platform, which has now found its way into the classroom, and is helping elementary to college music education programs across the country.

Finally, Dave spent much of the pandemic creating his first album as a leader. “Nearsighted” will debut in Indianapolis at the Jazz Kitchen on Sept 2. He couldn’t think of a better place to unleash it into the world!