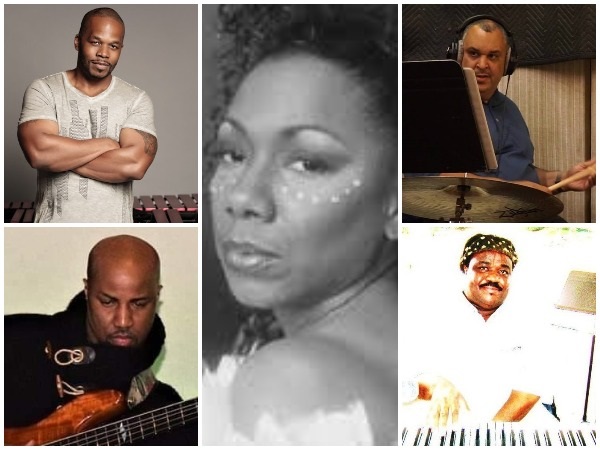 Recording artist Gabrielle Goodman and Friends will perform a blend jazz and soul. Ms. Goodman will preview songs from her upcoming Jazzlife CD.

Gabrielle was raised in Baltimore in a musical family. Her mother was a classical singer and her father was a jazz trombonist. She attended Peabody preparatory school and briefly Oberlin College. She transferred to the Peabody Institute conservatory, where she studied under the direction of Alice Gerstl Duschak and Gordon Hawkins and graduated in 1990.

Goodman, a protege of Roberta Flack began her international performance career as a backing singer for Flack in the mid-1980s and continued to tour and record with the legend for several years opening for Miles Davis, Ray Charles, the Crusaders and other legends in Japan, Switzerland, Brazil and other prestigious venues all over the world. Goodman's first break as a solo recording artist with producer Norman Connors on his 1988 album Passion on Capitol Records. She was the lead female singer on five songs, including a remake of Minnie Riperton's "Loving You". She later recorded two albums Travelin' Light and Until We Love on the JMT/Verve label with German producer Stefan Winter that feature her with Kevin Eubanks, Christian Mcbride, Gary Bartz, Gary Thomas, and Terri Lyne Carrington. She produced two albums on the Goodness label, where she appears with Walter Beasley, Terri Lyne Carrington, David Bunn, Tony Bunn, and Patrice Rushen.

As a solo artist she appeared in festivals such as the Montreux, North Sea, and Newport. She co-starred with Dee Dee Bridgewater in Montreal Canada 1998 and toured with Michael Bublé in the show Forever Swing 2001. In 2010, she appeared with the Boston Pops for eleven performances at Boston Symphony Hall as a soloist for Christmas shows under the direction of Keith Lockhart. The singer had previously appeared as a soloist with the Pops under the direction of Charles Floyd in 2001 for Pops Gospel performance that year. She has performed with the Baltimore, Syracuse, and Yamayuri Symphony Orchestras. She has a four octave vocal range.

Streaming cost is $7
Donations are welcomed.
The link will be available 15 minutes before the show
and will remain active through August 28