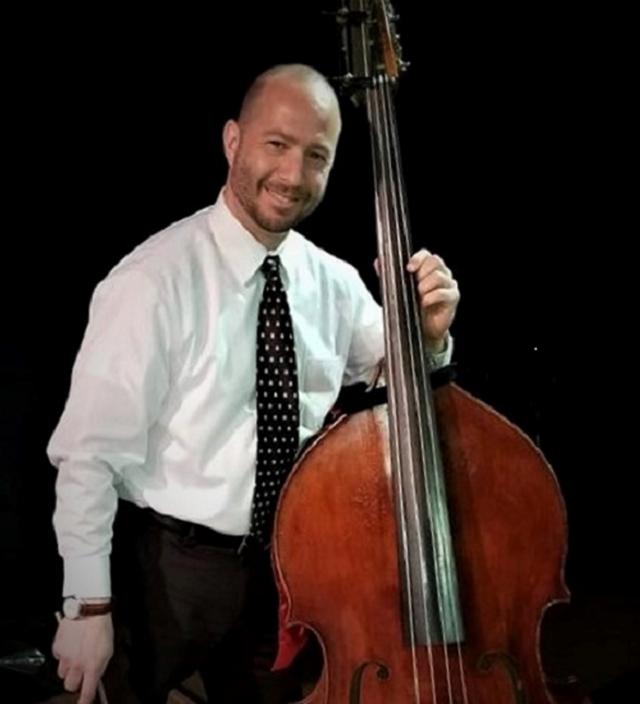 Bass - Alec Petkoff is a bassist and composer. He received his BA and MA from the Aaron Copland School of Music from Queens College CUNY. He studied bass with Homer Mensch. He studied jazz with Sir Roland Hanna, Jimmy Heath, Michael Mossman and Todd Williams while attending Queens. Classmates at QC include such luminaries as Jeb Patton, Ted Baker, Luis Perdomo, Todd Bashore, Nick Russo, Greg German and Yoshio Aomori.

Piano - Chris Stiles is an international musician with over 20 years of experience performing in the US and Asia. Originally from Phoenix, AZ, he arrived on the Washington, DC music scene in early 2018 and has quickly become a valued member of the musical community. Through the years, he has had the privilege of performing with a number of renowned artists, including the legendary r&b group The Temptations. In addition to performing in the United States, Chris also lived and performed in Asia for over 10 years. He co-founded and wrote music for the Dragon Jazz Quartet, which toured and performed regularly across China. Also during his time in Asia, he had the pleasure of performing to packed stadiums in Taiwan, Hong Kong, and Singapore as a band member for some of Asia’s biggest stars, such as five-time MTV Asia Award winner Stefanie Sun and acclaimed actress and singer Karen Mok. Chris studied music at Arizona State University with virtuoso jazz pianist and Professor Chuck Marohnic, as well as award-winning Chicago pianist Michael Kocour.

Drums - Matt Tebo is a veteran of the DC music scene and performs regularly around town with a variety of acts. Matt began playing drums when he was 9 and studied with Joe Morello, Rick Dior and John Riley amongst others.  Matt has performed with New Orleans legend Al ‘Carnival Time’ Johnson, Bird York, and Mike Mills from REM to name a few.