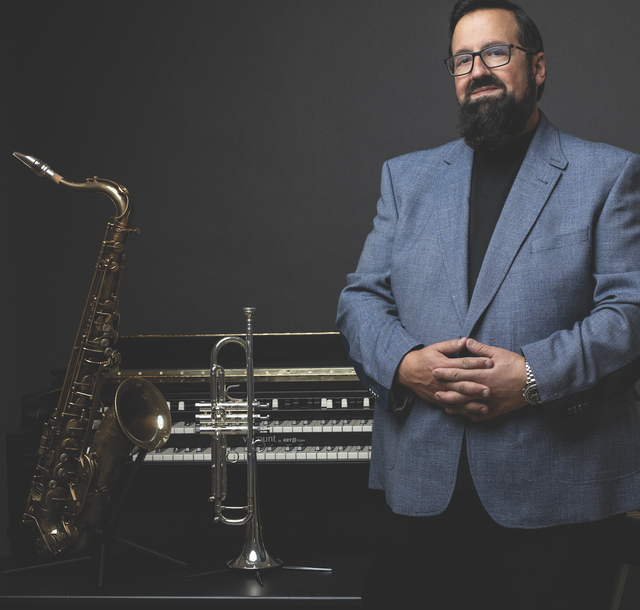 “...from sublime to positively pyrotechnics...he’s the best B3 player on the planet.” - Jazz Times

"He has dominated the instrument and the field as no one of his generation has.” – Chicago Tribune

Joey DeFrancesco quoted here, regarding his 2021 Album Release of 'More Music' - “More music is what’s needed to create positivity and wellness for everybody, regardless of what’s happening in the world. Music just solves a lot of problems. So more live music, more original music – just more music. Without that, we’re in big trouble.”

True Blue Jazz, and the entire Jazz community, world-wide, is still reeling from the sudden loss of Jazz Organ legend, Joey DeFrancesco who had been slated as the Saturday, October 15th Headliner for our 10th Anniversary True Blue Jazz Fesrtival. And as Joey himself stated...we need More Music to bring us together, to heal from this devastating moment in the timeline of American Jazz.  And the Tribute Shows have already begun...but we felt there was only one way we could properly, respectfully present a Show in Tribute to this Contemporary Day Jazz Giant...to his Legacy as a Performer & the joy of his Music Catalogue. The only path for us, was to offer invitation to his Trio Bandmates, as well as one of Joey D's close 'Brothers in Jazz'...frequent Guest Tenor Saxophonist, Philly's Victor North. They have accepted.

So...in lieu of the Concert Appearance by the Joey DeFrancesco Trio, 2022’s True ’Deep Blue’ Jazz Festival will present an Evening of Musical Memory & Tribute to this incredible modern day Giant of our Jazz World…Joey DeFrancesco by his band members;  Lucas Brown on B3 Organ(Lucas was the Organist for Philly Tenor legend Bootsie Barnes), & Jazz Drummer in demand in Philly & NYC, Anwar Marshall. From Tour Dates with Joey D, & 'Sittin' In' when called to Stage by Joey at various Show Dates...having Victor North on Tenor Sax to join Lucas Brown & Anwar Marshall brings to our Stage the most personal & 'close-in' Memorial Tribute Show that we think best honors the memory of Joey DeFrancesco & his music...in the most right & honorable way.