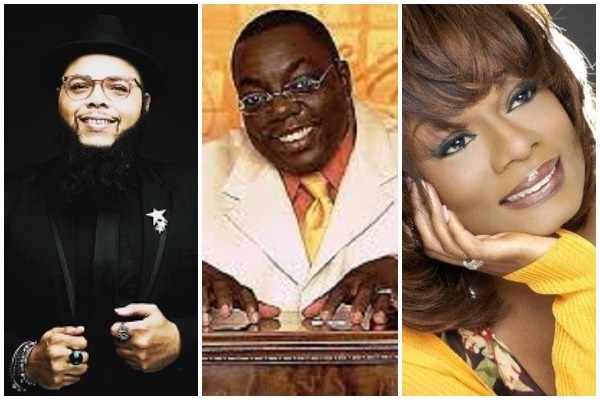 Born in 1963 in Baltimore, jazz pianist Cyrus Chestnut grew up in a home filled with the sounds of gospel music that his church-going parents played, along with jazz records by artists such as Thelonius Monk and Jimmy Smith. After graduating from Berklee College of Music in Boston, Chestnut worked with jazz vocalist Jon Hendricks, trumpeter Terrence Blanchard, and saxophonist Donald before joining jazz legend Wynton Marsalis. Chestnut’s recordings include Dark Before the Dawn (1994), which debuted in the sixth spot on the Billboard jazz charts; Earth Stories (1995), for which he composed nine of the CD’s eleven tracks; a solo piano album, Blessed Quietness: Collection of Hymns, Spirituals, and Carols (1996); Cyrus Chestnut (1998); Soul Food (2001), a blend of jazz, classical, gospel, and R&B and You Are My Sunshine (2003).

Rasul A-Salaam, a native of Harlem, NYC has felt the call to express his love for life & music with his voice since the tender age of three. By age seven, he was known for lending his vocal talents and critical ear to various choirs and ensembles, as a supporting vocalist, soloist and even as a teacher. Rasul officially began his career in 2005, touring the world singing background. Sharing stages, LIVE and/or in-studio with a plethora of artists: Pastor Shirley Caesar, Lyle Lovett, Mariah Carey, Lauryn Hill and Fantasia, to name a few. Today, Rasul is the president of BGV Music, Inc. a small business he founded in 2006, where he provides an array of musical services with a focus on contracting and managing background vocalists and solo artists alike.

Charlotte Small-Chestnut has performed on some of the best-known stages, including Madison Square Garden, The Apollo Theater, Lincoln Center and more at home and abroad. In the corporate world, Small performs for the Bloomberg Financial Organization, American Express, MetLife, Pepsi, The American Heart Association, MasterCard and many more, and was chosen to select the special musical pieces, arrange, conduct and perform as the featured artist for the “John F. Kennedy Jr., Memorial Service,” many of the “Sept 11th Tributes” including Tributes to the NYC Fire Fighters, and others. Small has also performed on the Off-Broadway stage in the shows: Rock-a-my-Soul, Sweet Blessings, Going Back Home and Sweet Dreams.   Small has also performed and appeared with: Neil Diamond, Elizabeth Taylor, Mona Lisa, Ruff Endz, Barbara Tucker, Ultra Nate, Terry Hunter, Kenny Dope Gonzales, and Grammy Award winners “Louie Vega” and “Speech,” from Arrested Development and Sony’s new Rock Sensation, Teddy Geiger.   Small’s debut album More in out on Midnite Enterprises.

Streaming cost of $10
Donations are welcomed.
The link will be revealed to you 15 minutes before the show
and will remain active through Jan. 24