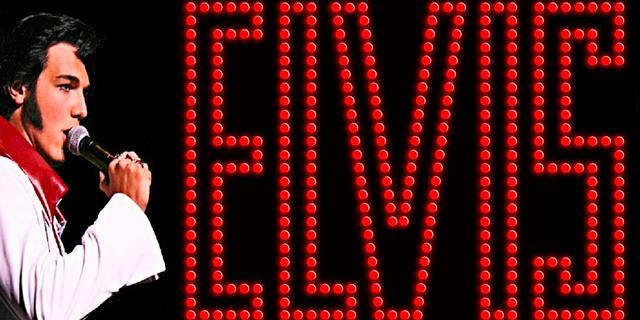 Elvis may have left the building forever, but he’ll never leave the hearts of adoring fans — especially when you’ve got Jeff Krick Jr. channeling the rock legend in Elvis Lives!

The ATLANTIC CITY ELVIS – Jeff Krick Jr. has become one of the most successful tribute artists to embody the look and sound of the King, earning sixth place in the entire world at the prestigious Ultimate Elvis Tribute Contest and in the Top 10 at the Images of the King Contest in Elvis’ hometown of Memphis. He is a 2-Time Fan-Favorite Award Winner and 3-Time Top 10 Finalist at the Ocean City MD Elvis Festival.

Jeff comes from a very musical family and as a child, while other kids were listening to the sounds of Eminem and Justin Bieber, the sounds of Elvis and other awe-inspiring artists like Conway Twitty and George Strait flooded his play lists. Hailing from Reading PA, Jeff began singing before he was able to talk and has been performing professionally since age 16. In his short but busy career, he has headlined Cruise Ships, numerous Elvis and music festivals, and has performed as far West as Hawaii and Las Vegas!

You’ll be “All Shook Up” as Jeff shakes his hips and sings all your favorite tunes in this ELVIS TRIBUTE CONCERT on LIVE in NYC!