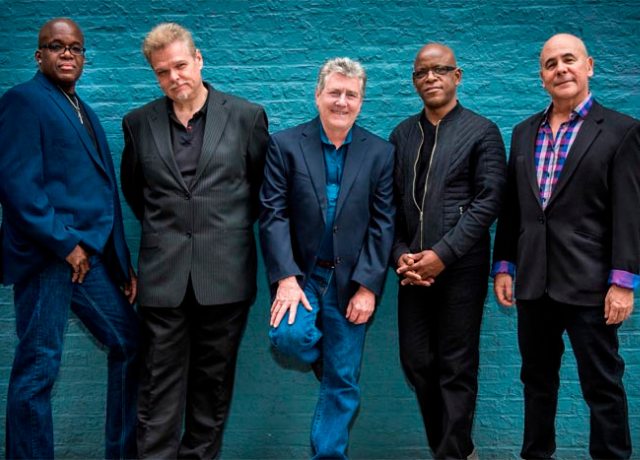 As Spyro Gyra looks forward to 2021 and beyond, they show no sign of slowing down. Over the last 40+ years, they have performed over five thousand shows, released thirty-one albums (not counting “Best Of…” compilations) selling over ten million albums while also achieving one platinum and two gold albums. Although few acts have accomplished this type of record, they have done it by constantly challenging themselves as is evidenced by their last studio release “The Rhinebeck Sessions” which was written and recorded over three days in the studio. Born in Brooklyn, bandleader Jay Beckenstein grew up listening to the music of Louis Armstrong, Charlie Parker, Sonny Rollins and Dizzy Gillespie, and started playing the saxophone at age seven. Beckenstein attended the University at Buffalo, starting out as a biology major before changing to music performance (read classical and avant garde). During summer breaks, he and an old high school friend, keyboardist Jeremy Wall, played gigs together back on Long Island. Wall attended college in California, and after both graduated, Beckenstein stayed in Buffalo’s thriving music scene, where Wall eventually joined him.

Spyro Gyra, whose odd name has since become world famous, was first known simply as “Tuesday Night Jazz Jams,” a forum wherein Beckenstein and Wall were joined by a rotating cast of characters. Tuesday happened to be the night when most musicians weren’t playing other gigs to pay their bills. Around this time, a young keyboardist named Tom Schuman began sitting in when he was only sixteen years old. This young man, of course, remains a member to this day.

In their earliest days, Spyro Gyra took their cues from Weather Report and Return to Forever – bands whose creative flights were fueled by a willingness to do things that had never been done before.

In 1977, they foreshadowed the DIY movement of the punks of the 1970’s by self-releasing their eponymous debut album. Spyro Gyra was picked up by Amherst Records, a local label who then made a deal for subsequent albums to go to Infinity Records, a label owned by MCA Records. After gaining Infinity its only gold (soon to be platinum) record with Morning Dance, Infinity folded and the group was picked up by MCA Records. There they stayed until MCA acquired noted contemporary jazz label GRP Records. Spyro Gyra moved to GRP in 1990 and put out all but one of their 1990’s output on that label. In 1999, they released a single album, Got The Magic on Windham Hill Jazz. The “aughts” had them returning to an indie mode, licensing their albums to Heads Up International. Most of those Heads Up albums have since returned to the band as self released independent releases. 2011 sees them returning to Amherst Records in Buffalo with A Foreign Affair.