A Night of Celtic Music with Poor Man's Gambit 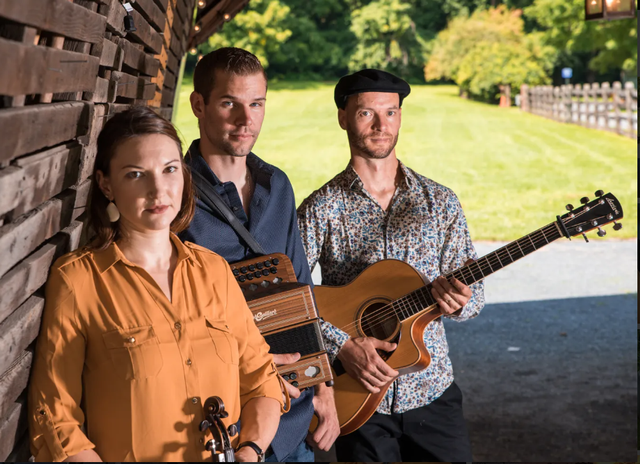 The group features Fiddle, Button Accordion, Guitar, Bodhran, Bouzouki, Vocals, and Irish Dance. Each player has experience with several diverse musical styles that convincingly complement each other. Poor Man's Gambit has been noted for each member’s ability to change instrumentation many times over the space of a performance. Most of the band’s repertoire hails from traditional Irish music, but some tunes pull from other provincial influences including England, Brittany, and Scotland.

Bandleader Corey Purcell started his performing career as an Irish dancer, and found himself on the National, then World stage of dance competition. After competing for 14 years, he started teaching himself tunes on the Irish style button accordion, where he found his true calling in traditional Irish music. He then rapidly branched into other instruments including cittern, guitar, bodhran, and voice. His flashy footwork on the occasional reel adds an extra punch of energy to a Poor Man’s Gambit performance.

Tickets can be purchased here on our website. Phone reservations are also accepted by calling (410) 639-9133 (tickets reserved by phone are $25 when paid at the door).

Your name will appear on a list at the box office.