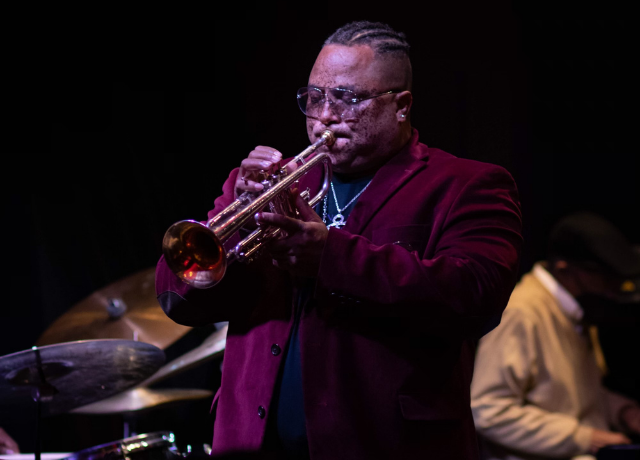 What do you call reality?  Webster’s dictionary defines reality as “the fact or state of being real or genuine.”  Mike Wade’s definition of reality is “to put God first for then my music is blessed, no matter what style, be it classical, gospel, jazz, hip-hop, or go go.” Mike Wade can blow his trumpet in hard bop style, hence his nickname “Shorty Bop”, and he can also play funky grooves that make you want to swing.

Mike Wade began playing trumpet in his pre teen years.  While attending the Duke Ellington School of Arts in Washington, D.C., he received a National Symphony Fellowship to study with symphony trumpeters.  He attended Howard University for one year before transferring to Central State University on full scholarship, where he received his bachelor’s in music education. He is no stranger to the titles of producer, composer, arranger, and educator.  He is also the founder and leader of the Standard Time Quintet, Mike Wade & The Jazz Mafia, and the Mike Wade Reality Band.