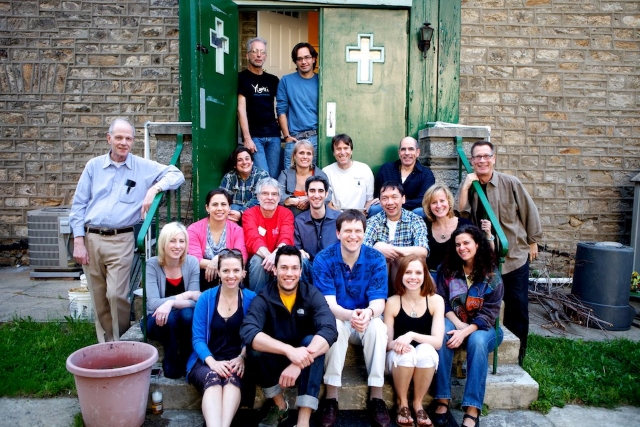 “Parts assembled into or viewed as a whole”

The origins of the Baby Blue Sound Collective (BBSC) go back to 2006, when Dr. Tom Karl and Dr. Lisa Hornberger assembled the jazz quintet “Blue Baby” for some club gigs in Mill Valley, California. Almost concurrently, Dr. Gil Wernovsky and Dr. Karen Harrington performed in London, for a “Cardiology in the Young” symposium. The next year, Gil and Tom performed at the same meeting as a duo, and in early 2008, a precursor of the group played at a Scientific Conference in Orlando sponsored by The Children’s Hospital of Philadelphia.

Our first “official” performance as a “collective” occurred in 2008 for the William Rashkind Memorial Lectureship at the American Heart Association Scientific Sessions in New Orleans. Gradually, other musically-minded colleagues and friends joined the founding members for performances at various pediatric cardiac meetings and charity functions throughout the USA, as well as in Australia, France, South Africa, Japan, Spain, and elsewhere.

The band evolved to include a stable core membership, with additional musicians joining in when possible. The BBSC name was proposed by Gil in 2010, and our first recording (Songs for Spencer), consisting mostly of interpretations of jazz, rock, and pop standards, was released in 2012. Around this time, we introduced original music into our repertoire. BBSC went on to win the Rock MD competition in 2015 at the Keswick Theater in Philadelphia.  That live performance was based on our own compositions, and served as the launching point for our most recent double CD: “Home. Tonight. Forever.”  Our music is influenced by many genres, including rock, jazz, funk, reggae, bossa nova, blues, classical, and theatrical compositions. All of the proceeds from our recordings and performances have been donated to charities that support children and young adults with heart disease, and their families. The proceeds of our show at the Bethesda Blues and Jazz Club will support Child Life Services and Music Therapy at Children’s National Hospital.

Every musician in the BBSC is directly or indirectly connected to the care and/or support of children with heart disease.  The BBSC story will undoubtedly continue to evolve, as we are already working on our next recording and plans for future performances. Thanks very much for listening, and we hope to see you for an excellent dinner and show on February 23rd, 2020!   All for a good cause!

You can follow BBSC online at www.babybluesoundcollective.blogspot.com and www.facebook.com/BabyBlueSoundCollective/  Our albums are available on iTunes, Amazon Music, Google Play and Spotify.