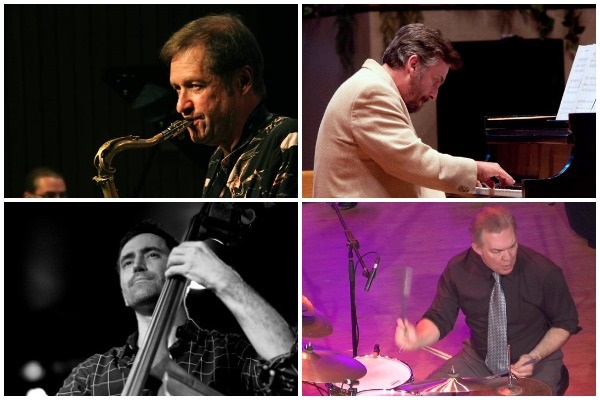 The Dave Wilson Quartet’s fourth release There Was Never (ZOHO), spent six weeks in the top 50 of the nationwide Jazz Weekly Jazz Radio Countdown, reaching a high of #18, received three stars from Downbeat Magazine, and was nominated for a Grammy. One Night at Chris’ (Dave Wilson Music, 2019) achieved “Chartbound” status (top 50 nationwide) on Jazz Radio. His sixth and latest recording Stretching Supreme, featuring again Kirk Reese, Tony Marino, and Alex Ritz, puts forth unique and exciting extended live takes on four John Coltrane classics, along with two others, and promises to be his most artistically satisfying effort if not one of his most exciting.

Limited in-person seating: $20/ $10 full-time students with valid ID
Attendees receive a link to the recording to view for one week.
Advance sales end 1 hr before showtime; tickets can be purchased at the door if any remain.

Streaming cost: $10
Link will be revealed 15 mins before the show & will remain active thru Jan. 27