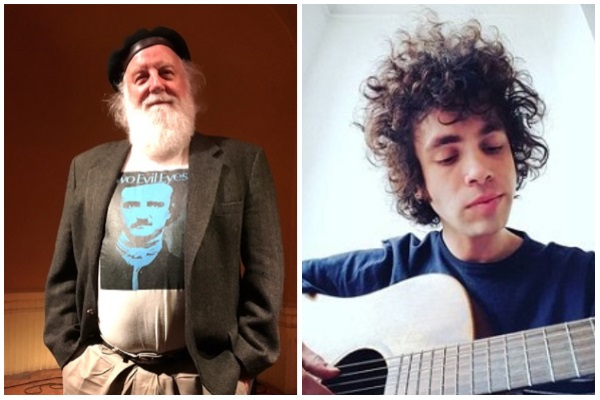 A consummate performer with a high-energy stage presence, Matt Pless travels the road continuously entertaining and astounding his audiences. With guitar and harmonica as his tools of choice and words as his main characters, he has shared the stage with the likes of Maroon 5, Rilo Kiley, Alkaline Trio, Arlo Guthrie, Bad Brains, Fallout Boy, All Time Low, Days ‘n Daze and others. His most recent foray took him to major venues across the country as a support opener for singer/songwriter, Will Wood’s “In Case I Make It” tour. Matt’s extensive schedule has taken him to Europe, and the U.S. multiple times playing major venues, bars, basements, and everything in between...wherever there are people to hear his music, you’ll find them riveted to his performance and hanging on every word.  www.mattpless.com

Willem Elsevier is a trained violinist who has found success in both the classical and jazz worlds. He is best known, however, for his role in Love Riot, the Baltimore rock band that recorded with producer Eric Ambel and toured widely. Elsevier’s sophisticated solos helped the band beat out 2,500 other bands from around the globe to win the Yamaha Music Quest competition in Japan in 1994. Elsevier has also recorded with such acts as Billy Kemp and Milkshake. Since 2012, he has been performing and songwriter in a duo with Geoffrey Himes.

In -person attendees receive a link to the recording to view for one week. Advance sales end one hour prior to showtime; tickets may be purchased at door, if any remain.

Streaming Cost is $12
The link will be revealed to live stream participants 15 minutes before the show
and will remain active thru Oct. 16