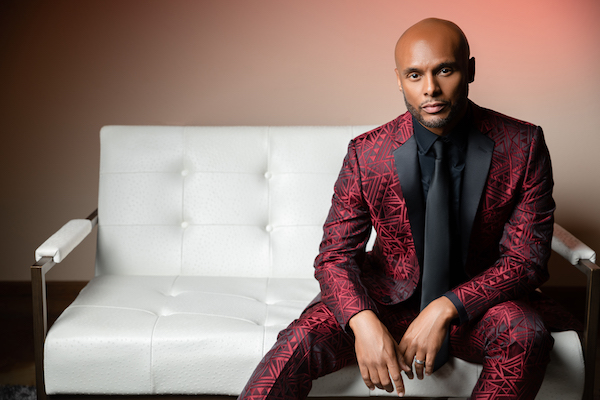 With a career spanning over two decades, highlighted by his 1996 breakthrough single “Never Too Busy” and the wedding staple “For You,” Kenny has garnered Grammy and Soul Train Award nominations, Top 10 singles, Top 20 R&B albums and an NAACP Image Award for Best New Artist, while staying sincere about giving his heart and soul to communities through music.

Kenny Lattimore’s recording legacy includes the critically acclaimed albums, “From The Soul Of Man,” “Timeless” and “Anatomy of a Love Song,” which produced the Top 10 single “Love Me Back.” While “A Kenny Lattimore Christmas” earned a Stellar Award nomination for ‘Event CD of the Year,’ Lattimore’s ninth solo studio album “Vulnerable” produced another Top 10 hit, “Stay on Your Mind.” His latest hit single Pressure, released under a new partnership with his label SincereSoul Records and SRG/ILS is currently climbing the charts.

Kenny is a humanitarian who uses his life and platform as a tool to inspire others to pursue excellence and elevate positive conversation about art, culture, family and faith.

Lattimore continues to tour globally, showcasing his unique creative journey through stunning and diverse set lists. Keep up with Kenny’s music, tours, merchandise, by visiting his website kennylattimore.com and following him on Instagram, and Twitter @KennyLattimore and Facebook @officialkennylattimore.