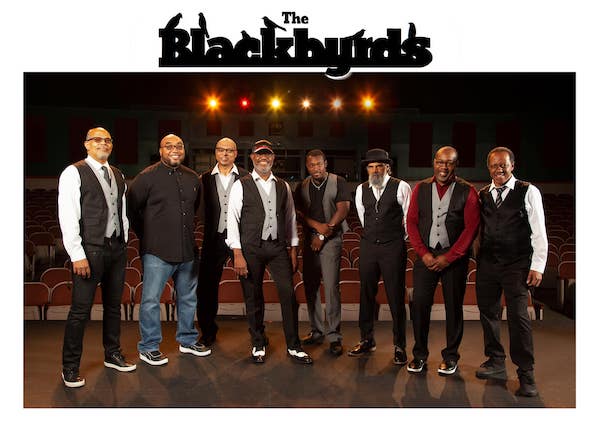 The Blackbyrds are one of the most accomplished music bands ever from the DC area. They came together almost 50 years ago as Howard University students under the guidance of their music professor, the late great jazz trumpeter Donald Byrd, who also became their manager and producer. They created a unique jazz funk sound combined with soulful harmonies that made a big impact on the music charts in the 1970s with 10 Top 40 R&B hits.
The Blackbyrds' biggest hit songs were "Walking In Rhythm", their Grammy nominated million selling smash hit that peaked at #4 on the R&B chart and #6 on the pop chart; "Happy Music", an uplifting party anthem that was their biggest R&B hit at #3 and also #19 on the pop chart; and "Rock Creek Park", their most beloved song known for its infectious groove and famous verse “doin’ it in the park, doin’ it after dark, oh yeah…Rock Creek Park!”
The Blackbyrds are still touring around the world but they always look forward to performing in the DC area because they are most appreciated here. Their original core members as well as their new members are all from the DC area led by bandleader Keith Killgo. Their crowd pleasing performances feature all of their most popular songs plus those by their late mentor Donald Byrd including "Black Byrd". "Flight Time" and "(Fallin' Like) Dominoes."