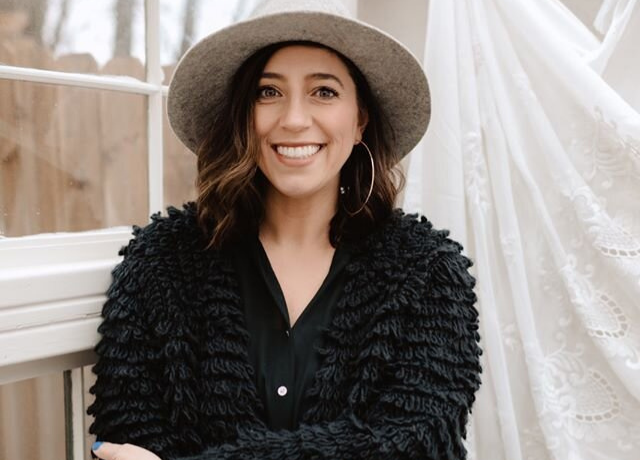 Sarah Scharbrough McLaughlin is a world-class performer, songwriter and worship leader, whose music has taken her around the globe. Her soulful, eclectic sound combines a rich tapestry of influences, including her classical and jazz training, and a broad spectrum of experiences in gospel, pop, and country music.

Sarah has released six original studio albums, the most recent of which is a collection of lullabies and love songs, entitled Rêverie. Her interpretations of classics breathe fresh life into time-honored favorites, and her original songs express both the depth of her musical gift and a soulful honesty that sets her apart as a rare treasure to Central Indiana and the world.

An Indiana native and Anderson University graduate, Sarah’s voice can be heard on local and national commercials and radio jingles for brands like New Balance, the Indianapolis Colts, Cedar Point Theme Park, and many more. She has been featured on two Emmy Award-winning TV shows: Artrageous with Nate, and Cook and Belle’s Playhouse. She has collaborated and performed with Grammy Award-winning artists Bill and Gloria Gaither, Sandi Patty, Kurt Elling, as well as The Wright Brothers, Josh Kaufman, Alanna Story, Jon McLaughlin, Cook & Belle, Jennie Devoe and countless others.

She regularly performs across Greater Indianapolis, and was featured most recently as special guest with the Carmel Symphony Orchestra at The Palladium and also with the Indianapolis Children’s Choir. She packs out the Jazz Kitchen during her annual Christmas concert series. Also a highly respected worship leader, Sarah currently serves at Grace Church in Noblesville, Indiana.

Sarah is the co-host/founder of the Momnesia Podcast which serves to preserve the hilarious, mundane and heartbreaking stories of motherhood. Currently wrapping up season two, Momnesia has been charting on Apple, Spotify and other streaming services since its launch.

In 2001, Sarah married her college sweetheart, Jeff McLaughlin, who is a music educator at Westfield High School and highly respected performer. The McLaughlins have put down their roots in Noblesville where they reside with their five children.