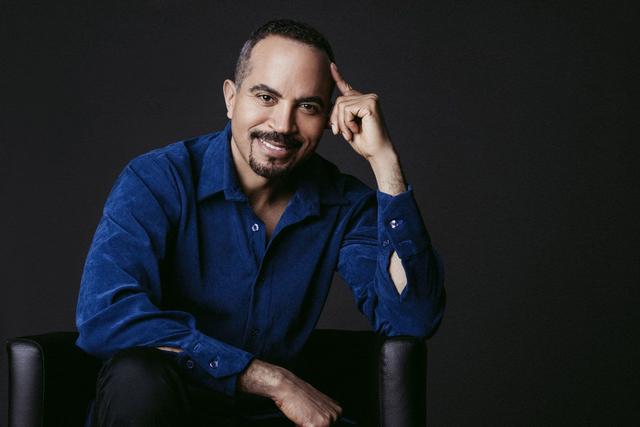 In spite of "the pause" forced on us all by COVID-19, Steve is "hanging in there" and wishing everyone good health, an optimistic outlook, and fun, renewal, and adventure in 2021. Stay well and safe!!

Steve Washington has been performing for nearly 30 years with humble beginnings in Princeton University’s college singing groups and theatrical productions. After Princeton, Steve appeared in numerous professional theatrical productions, eventually earning membership in Actors’ Equity (the actor’s union) when cast in an Arena Stage production of Sondheim’s Merrily We Roll Along. Forays into dramatic theater landed him the role of Demetrius in a workshop production of A Midsummer Night’s Dream at the Shakespeare Theater at the Folger.   In the 90s, Steve shifted his focus to music fronting some of DC’s top bands and orchestras and sharing stages with the Marvelettes, the Drifters, the Supremes, the Village People, Peter Noon, Gary Pucket, Orleans, comedian Steven Wright, and others. As a freelance vocalist, Steve performed in DC area jazz & blues clubs and performance spaces, including numerous sold-out appearances at the world-famous Blues Alley Jazz Supper Club.

Steve is a featured vocalist on other artist’s CDs and a demo vocalist for songwriters from DC to New York City. Steve has also traveled the world touring Italy with the Steve Washington Project and headlining on many of the world’s finest luxury ships. His big-band cabaret acts, "Nat & Sammy Remembered" (a loving tribute to Nat "King" Cole and Sammy Davis, Jr.) and "Rhythm, Blues & Broadway" (plain old good fun) continue to be well received on both land and sea.

Currently, Steve is the co-lead vocalist for Raggs & the AllStars (aka the SRO Orchestra) and continues to freelance playing notable clubs and performance spaces like Blues Alley, the Carlyle Club, the Atlas Theater, and the Katzen Arts Center, Arts in Motion Theater (Leisure World), Riderwood, the Chrysalis Amphitheater, etc. Steve's 2015 CD release, Right to Love, enjoyed a triumphant debut at New York City’s renowned jazz cabaret, the Metropolitan Room resulting in multiple encore appearances throughout 2016. Steve's appearances at the Metropolitan Room led to other dates in other parts of New York state in 2016. Right to Love is still receiving radio play across the USA, into Canada, and as far away as Australia.

March and part 2 in October, playing clubs and concert halls across the country. The March leg of the tour culminated in a full-house performance at the US Embassy in Moscow with Steve and the Russian Trio (Ivan Farmakovsky [piano], Sergey Vasiliev [upright bass], and Pavel Timofeev [drums]) as special guests of US Ambassador Jon Huntsman.  The 2018 Russian tour produced a notable CD recorded in Moscow entitled Skylark. which has been already released in Russia and United States.More recently, Steve fronted the renowned Smithsonian Masterworks Jazz Orchestra for a concert tribute to the music of Nat “King” Cole at the Smithsonian Museum of American History. Shortly thereafter, Steve was invited to be the vocalist for Westminster DC’s tribute concert honoring the music and legacy of Billy Eckstine, aka “Mr. B.”