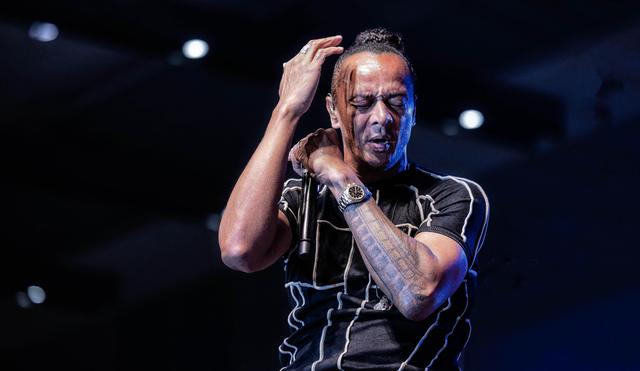 Urban jazz harmonicist Frédéric Yonnet plays an instrument many have owned, but few have mastered. Originally from France, Yonnet is regarded as one of the most talented and innovative harmonica players on the international music scene today. In 2019, Yonnet’s sound will be lead voice on the soundtrack of Martin Scorsese’s upcoming film, “The Irishman.”

With each performance, stereotypical walls come tumbling down as Yonnet presents the harmonica in a refreshing and modern context. It’s stylish. It’s cool. It’s brilliant. His impressive style and electrifying stage presence have led to recordings, tours and performances with a wide range of musicians including Grammy Award winners and music icons Stevie Wonder and Prince, award-winning songwriter David Foster, UK sensation Ed Sheeran, pop-idols the Jonas Brothers, soul singers John Legend, Erykah Badu, Anthony Hamilton, John Mayer and India.Aire, as well as The National Symphony Orchestra and The Dayton Philharmonics. Rolling Stone magazine referred to Yonnet as “Prince’s killer harmonica player” and praise from other influencers affirm his mission to change the way music enthusiasts and the industry regard the “pocket” instrument.

Just listen to his sound. It funks. It rocks. It hips and hops. It grooves. It sways. It testifies. It prays. It has a reverence for gospel, blues and jazz while appealing to a generation bred on pop rock and hip-hop.

Citing Stevie Wonder as a mentor and friend, Yonnet was honored when Wonder tapped him to perform harmonica parts on the Songs in the Key of Life Performance Tour, 2014-15. Wonder performed the entire double album as part of the 43-city tour celebrating the 40th anniversary of the most critically acclaimed album of his career. On the tunes, “Have a Talk with God” and “Mama’s Call”, Yonnet demonstrates his mastery of the diatonic harmonica by expertly mimicking the chromatic melody Wonder originally performed on the studio album. “He’s so good at playing harmonica that another man good at harmonica hired him,” said Dave Chappelle during an introduction of Yonnet.