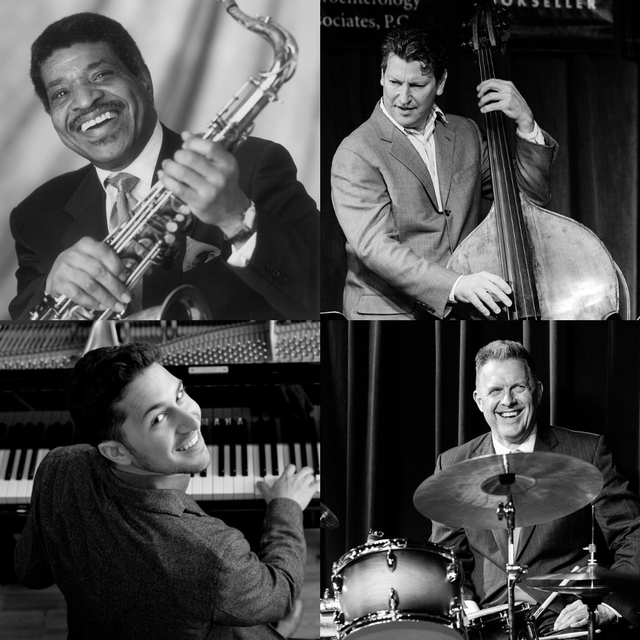 No tenor saxophonist better epitomizes the robust muscularity of that heavyweight instrument of jazz expression than George Coleman.  With brilliant technique and a deeply soulful tone firmly rooted in his hometown of Memphis, George has performed with many of jazz’ most legendary figures and influenced countless saxophonists during his half century in music.

Growing up in Memphis’ rich musical environment of the late ‘40s and early ‘50s, alongside such notables as Booker Little, Harold Mabern, Frank Strozier, Jamil Nasser, Hank Crawford, Phineas Newborn Jr., and blues immortal B.B. King, Coleman began to teach himself to play the alto saxophone. For two years George was a member of that groundbreaking quintet with Herbie Hancock, Ron Carter and Tony Williams, recording four classic albums – Seven Steps to Heaven, My Funny Valentine, Four and Miles Davis in Europe – before departing to pursue other projects, leaving that highly visible position to Wayne Shorter.

For the past 30 years George has also been a major force in jazz education.  In addition to his private teaching of advanced jazz techniques, he has also been a consultant and teacher at the New School University, Long Island University, New York University and Mannes School of Music, and has conducted workshops, seminars and master classes at universities all over the U.S. At 76 years old, George is still in full motion. His latest CD, Four Generations of Miles with Ron Carter, Jimmy Cobb and Mike Stern was released on Chesky Records in October 2002.

Multifaceted American jazz pianist and composer Emmet Cohen is one of his generation's pivotal figures in music and the related arts. Downbeat praised the "nimble touch, measured stride and warm harmonic vocabulary" he employs to communicate with other musicians and audiences at what he terms "the deepest level of humanity and individuality." Leader of the "Emmet Cohen Trio" and creator of the "Masters Legacy Series," Cohen is an internationally acclaimed jazz artist and dedicated music educator.

One of the most highly regarded jazz drummers on the scene today, Joe Farnsworth is known for his blazing speed, precision, musical, and melodic playing. Joseph’s career includes recording over 100 CD’s as leader and side-man, jazz festivals and world tours with Pharaoh Sanders, Horace Silver, Harold Mabern, McCoy Tyner & more. He is currently the drummer for McCoy Tyner and a member of the Pharaoh Sanders Quartet, Harold Mabern Trio, and is a founding member of the renowned One for All Quintet. 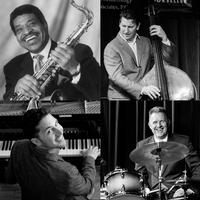