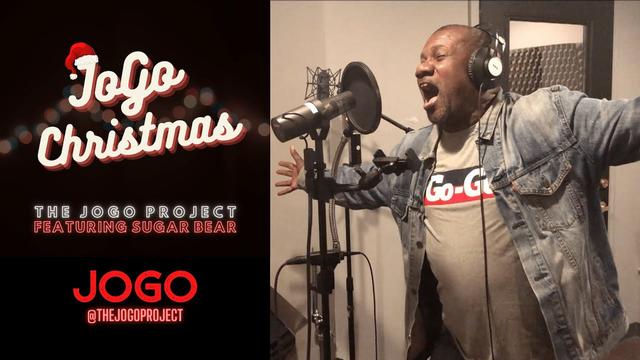 Gregory “Sugar Bear” Elliott is a globally known recording artist, frontman, lead vocalist, and bass player with 3 billboard hits including the “Da Butt” which peaked at #1 on the US Billboard Hot Black Singles in 1988 and was also a featured performance in Spike Lee’s film “School Daze”. Also, to his credit, his group Experience Unlimited aka E.U. was not only an opening act for the commencement ceremony for the 2016 opening of the Smithsonian National Museum of African American History and Culture but they also have an exhibit on the third floor of the museum. If you know Sugar Bear, or have seen him perform, then you know that his love for the Lord, Go-Go, Rock and Roll, and making people party all come out during his family-friendly show. “Owwwww!” and “Don’t play with Sugar!” are a couple of the catchphrases you will hear from Sugar Bear as he is animated, funny, and friendly… you’re in for a good time at his show!

The JoGo Project is a WAMMIE Award winning band from Washington, DC that fuses many styles of music, but with Jazz harmonies and a driving Go-Go beat at its core. JoGo was founded by DC Native and Jazz Saxophonist Elijah Jamal Balbed during a residency at Strathmore in 2014. Eight years later, The JoGo Project has become a mainstay in the DC music community and is dedicated as ever to keeping DC's Go-Go music alive while also exploring new sounds and repertoire. Over the years, the band has written several original songs such as "One For Pops", "DC's Been Good To Me", "Dear Draylen", "Too Loud!" and two new songs that will be featured on the band's upcoming EP "Baby Fever" and "Shahid, You Got What I Need". In 2011 when Elijah was a Sophomore at Howard University, he received a life-changing call to perform with the Godfather of Go-Go - Chuck Brown. Elijah performed with Chuck from May of 2011 until the Godfather's death the following year - May 16th, 2012. That year Elijah spent with Chuck instilled a new-found love for Go-Go music, which would forever influence his sound and approach to music. When it was time for Elijah to start a band of his own - he knew it had to be something that brought his Jazz and Go-Go worlds together.