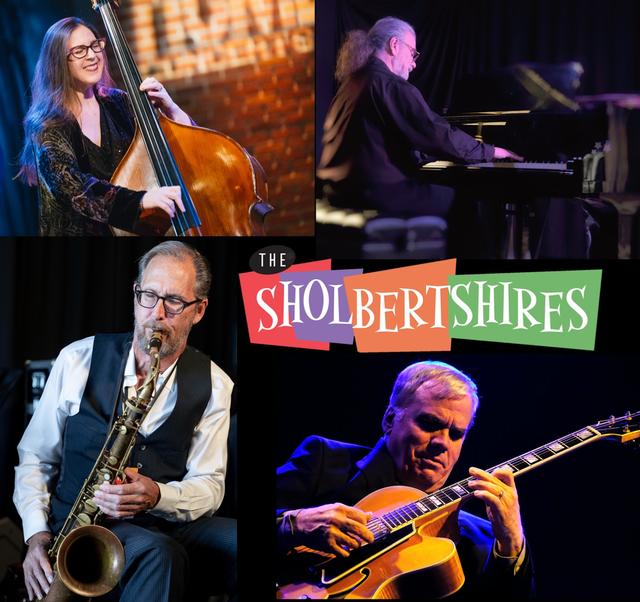 The Sholbertshires ... playing with solid swing, restraint, subtlety, and a quiet joy. Each of the musicians are fine soloists and excellent ensemble players (and) the tasteful music that results is quite enjoyable.” - Scott Yanow

Four of the mid-Atlantic’s favorite voices in jazz have joined forces to celebrate the music of the Great American Songbook, and in their unique, joyous way pay tribute to the swingin’ ensemble sound of the Oscar Peterson Trio featuring Stan Getz. Guaranteed to swing you into great health!

Amy Shook is one of the most in-demand acoustic bassists in the mid-Atlantic, coveted for her huge sound and infectious, driving groove. In addition to being a premier performing and recording artist, she is an accomplished multi-instrumentalist (playing acoustic bass, electric bass, violin, viola, and cello), composer and music educator, co-leads the Shook/Russo 4tet, as well as the all-women powerhouse trio the 3D Jazz Trio. In 2017, 3D’s eagerly awaited debut CD, simply titled 3Divas, was met with widespread critical acclaim. They released two albums in 2020, the first, I Love To See You Smile, garnered immediate praise, including a four-star review in Downbeat magazine. Their eagerly awaited Christmas CD, Christmas in 3D, was released in October 2020 and was featured first in line in the New York Times’ “20 Albums That Put a New Spin on the Holidays”. Stay tuned for their next release coming in the fall of 2022.

Joe Holt has been a full-time performing musician for over 40 years. Also a Board Certified Music Therapist, Joe performs for the connections that music makes, and a shared experience with his audiences. He is known for his imaginative, whimsical improvisations and a joy in performing, as well as being a sensitive accompanist and collaborator. Joe’s formal studies span jazz and classical, and the influence of both worlds can be heard. Though rightly considered a jazz pianist in the classic traditions, Joe is best described not with a stylistic label but by his engaging improvisational performances; in and for the moment, creating a space for all in the audience to join him. Jazz fans will appreciate Joe, but so will those for whom “jazz” may not be so appealing.

Scott Silbert, a multiple woodwind player and arranger, joined the Navy Commodores big band in 1991 on baritone sax, then in 1998 became the chief arranger for the United States Navy Band for fifteen years until his retirement in 2017. Prior to joining the Navy, he performed at Disney World for nine years. He performs with the prestigious Smithsonian Jazz Masterworks Orchestra, and has composed/arranged more than 300 works for the ensemble. Recently, he has stepped into the role of band leader, with both his own small group and his own big band, both ensembles new favorites for the massive DCLX swing dance community.

Steve Abshire has appeared in concert twice with the “Great Guitars”. Once with Herb Ellis and Charlie Byrd, (filling in for Barney Kessel), and recently with Bucky Pizzarelli and Frank Vignola. He was a member of various Navy Bands for 24 years, 18 of those as the guitarist/featured soloist with the Commodores, the U.S. Navy’s premiere jazz ensemble. He retired from the Navy in 1997. His latest project, Between Friends, is collaboration with long time friend and master guitarist Steve Herberman. It is a collection of musical conversations between two good friends, and released on the “Mainstay Music” label. 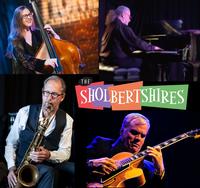