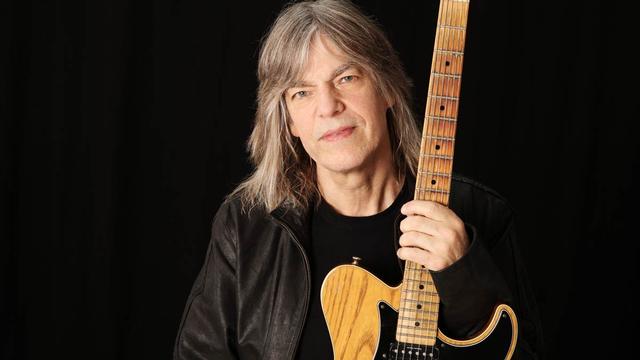 One of the great jazz guitarists of his generation, Mike Stern has the unique ability to play with the finesse and lyricism of Jim Hall, the driving swing of Wes Montgomery and the turbulent, overdriven attack of Jimi Hendrix. Growing up in the Washington, D.C. area, Stern revered all three of those guitar immortals, along with such potent blues guitarists as Albert and B.B. King. Aspects of those seminal influences can be heard in his playing on the 18 recordings he has released as a leader or in his acclaimed sideman work for Miles Davis, Billy Cobham, the Brecker Brothers, Jaco Pastorius, Steps Ahead, David Sanborn, Blood, Sweat & Tears, Joe Henderson and the all-star Four Generations of Miles band.

Dennis Chambers is an American drummer who has recorded and performed with John Scofield, George Duke, Brecker Brothers, Santana, Parliament/Funkadelic, John McLaughlin, Niacin, Mike Stern, CAB, Greg Howe, and many others. Despite a lack of formal training, Chambers has become well known among drummers for his technique and speed. Chambers is particularly regarded for his ability to play "in the pocket" but can also stretch very far out of the pocket which is also a hallmark of his technique. Chambers exhibits a powerful style that is technically proficient, yet highly musical and groove-oriented. He can play in a wide variety of musical genres, but is perhaps most notable for his jazz-fusion, funk, and Latin music playing. He is mostly known for his fast hands and triplets on the bass drum. He has helped many young drummers, the most prominent being Tony Royster, Jr.

Gary Grainger is a self-taught jazz/fusion bassist from Baltimore. Gary joined the group Pockets in the 70s; a protege-group with a distribution-deal at American Recording Company (ARC), a boutique-label of Earth, Wind, & Fire. Gary and his brother Greg Grainger were also hired as studio-musicians for various recording sessions during the 80s. He recorded and toured with The John Scofield Band, which included his Baltimore-buddy, session drummer Dennis Chambers.

Leni Stern was named one of the “50 Most Sensational Female Guitarists of All Time” in Guitar Player magazine’s 50th anniversary issue in 2017, with the publication aptly dubbing her “a genre-defying adventurer.” Leni’s example shines beyond just prowess on her instrument, with the pursuit of her career spanning more than four decades.

Bob Franceschini is well known from his work with guitarist Mike Stern. They are still touring the globe together. He has recorded on Stern‘s last five Grammy nominated CD’s as well as two critically acclaimed DVD’s. He has played saxophone and various woodwinds on many TV and film scores for directors Sidney Lumet, Paul Schrader and many more. He also played on countless commercial jingles. Franceschini has played on over 200 CD’s.