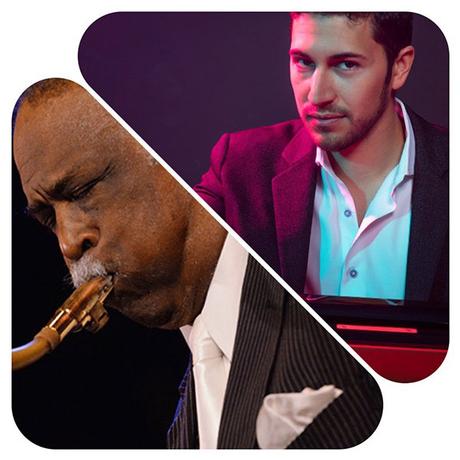 The Emmet Cohen Trio featuring Houston Person will be lighting up the Keystone Korner on Friday-Sunday, December 16-18th, with musical evening of exceptional style and swinging holiday music!

Multifaceted American jazz pianist and composer Emmet Cohen is one of his generation's pivotal figures in music and the related arts. Downbeat praised the "nimble touch, measured stride and warm harmonic vocabulary" he employs to communicate with other musicians and audiences at what he terms "the deepest level of humanity and individuality." Leader of the "Emmet Cohen Trio" and creator of the "Masters Legacy Series," Cohen is an internationally acclaimed jazz artist and dedicated music educator.

Emmet Cohen is the winner of the 2019 American Pianists Awards and the Cole Porter Fellow of the American Pianists Association, and Artist-in-Residence at the University of Indianapolis. He was a finalist in the 2011 Thelonious Monk International Piano Competition. Cohen has appeared at major international jazz festivals and at Lincoln Center's Rose Hall and Washington's Kennedy Center, in addition to headlining at the Village Vanguard and other major New York jazz clubs. For many years he was Hammond B-3 Organist-in-Residence at Harlem's SMOKE jazz club. During the lockdown he created "Live From Emmet's Place," a weekly livestream that received millions of internet views worldwide. Cohen is a Mack Avenue artist.

Houston Person is an American jazz tenor saxophonist and record producer. Although he has performed in the hard bop and swing genres, he is most experienced in and best known for his work in soul jazz. He received the ‘Eubie Blake Jazz Award’ in 1982. He first became known for a series of albums for Prestige in the 1960s. Contrary to popular belief, he was never married to the vocalist Etta Jones, but did spend many years as her musical partner, recording, performing and touring, and for much of his career this association was what he was best known for. They first met playing in organist Johnny Hammond's band.