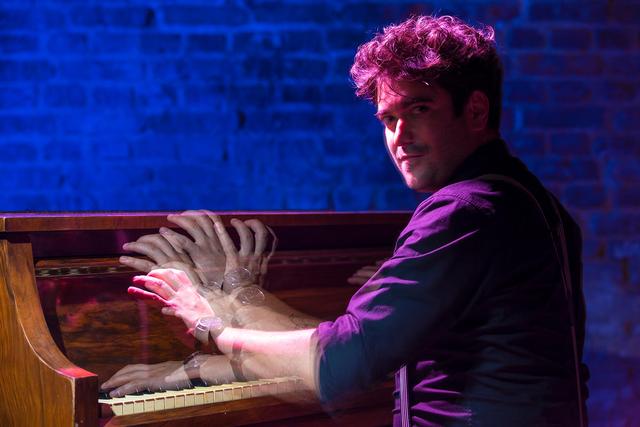 The music of pianist Harold López-Nussa reflects the full range and richness of his Cuban heritage, with its distinctive combination of classical, folkloric and popular elements. His embrace of jazz improvisation is fresh, exhilarating, and the personification of ritmo. His latest album, 2020’s Te Lo Dije, received a four-star review from DownBeat magazine and peaked at #1 on the Latin North American College & Community (NACC) Radio Chart.

“López-Nussa’s single-note grace is akin to Herbie Hancock’s, and his two-fisted attacks are as joyous as Chick Corea’s” - Howard Mandel, DownBeat Magazine

Walk the streets of Havana on any day and you’ll hear the soul of Cuba: music pouring from private homes and bustling restaurants, windows rattling with the parties thrown inside, nightclubs pulsing with throngs of people dancing. On his vibrant and spirited third recording for Mack Avenue Records, Havana-based pianist and composer Harold López-Nussa sets out to capture that stirring sensation with an exhilarating marriage of jazz and Cuban pop music, defiantly standing up to the doubters who failed to share his radical vision.

The combustible blend of Afro-Cuban and modern jazz that has marked all of the pianist’s acclaimed releases is enlivened by the sounds that thrill modern Cuban audiences: the Songo of the iconic band Los Van Van, the Mozambique of Pello el Afrokan, the reggaeton that has swept Latin America and the world since the late 90s. The results pulse with the lifeblood that runs through the streets of Havana.

Harold López-Nussa is rapidly building a global following in jazz and beyond. His tight-knit quartet captivates audiences with a relentless vivaciousness that “bridges generations and genres” (Billboard). His music reflects the full range and richness of Cuban music, with its distinctive combination of classical, folkloric and popular elements, as well as its embrace of improvisation. López-Nussa has performed at esteemed venues The Kennedy Center and SFJAZZ Center, as well as some of the best jazz festivals in the world: Newport, North Sea, Monterey, Montréal, Detroit and Playboy.