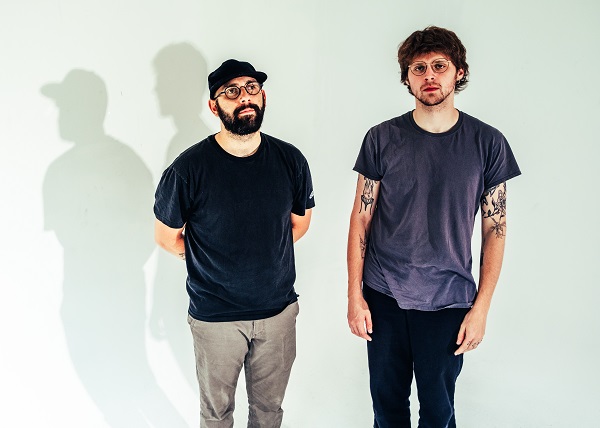 Recording of their performance on 7/1/21

Echo Taunt is the hybrid electronic project of musicians Michael Alfieri and Walsh Kunkel. The duo is marking their beginnings with the release of Sudsville on the Shiny Boy Press Record Label and with live improvisatory performances. Guitarist Walsh Kunkel and drummer Michael Alfieri play in a free jazz tradition with intensely superb musicianship; crafting an immersive dimension of sound art environments. Check them out on Spotify, YouTube, Bandcamp and other streaming services.

Walsh Kunkel is a guitarist, composer and electronic musician hailing from Baltimore, Maryland. Walsh has spent his youth organizing and experimenting with sound and song form, writing and producing tracks of an array of styles. These abilities and interests have been augmented by the Jazz Performance program at Towson University where he studied with the likes of Anthony Pirog, Kris Davis, Drew Gress, William Parker and many more. With a focus on combining electronic and acoustic music styles, Walsh Kunkel is forging his own sound and searching for ways to express his views of the world through his work.

Mike Alfieri is a drummer, percussionist and composer from New York now living in Baltimore, Maryland. Mike is a frequent collaborator and session drummer - writing, recording, and producing with Tomato Flower, Freaks No Geeks, Kinsmen & Strangers and other projects.

He has worked with renowned jazz artists including John Riley, Dan Weiss, John Abercrombie, Pete Malinverni, Ralph Lalama, Richie Morales, and Tom Rainey. He’s played festivals, galleries, theaters, DIY spaces and independent venues all around the US and abroad including Brooklyn Bowl, The Ottobar, Rockwood Music Hall, Weinberg Center for the Arts, Cornelia St. Cafe, Merriman’s Playhouse, and The Count Basie Theater. Mike earned a Bachelor's degree in Music Education from the Crane School of Music at SUNY Potsdam and a Master's degree in Jazz Studies from the Conservatory of Music at SUNY Purchase. He has been a featured education writer for Modern Drummer Magazine.