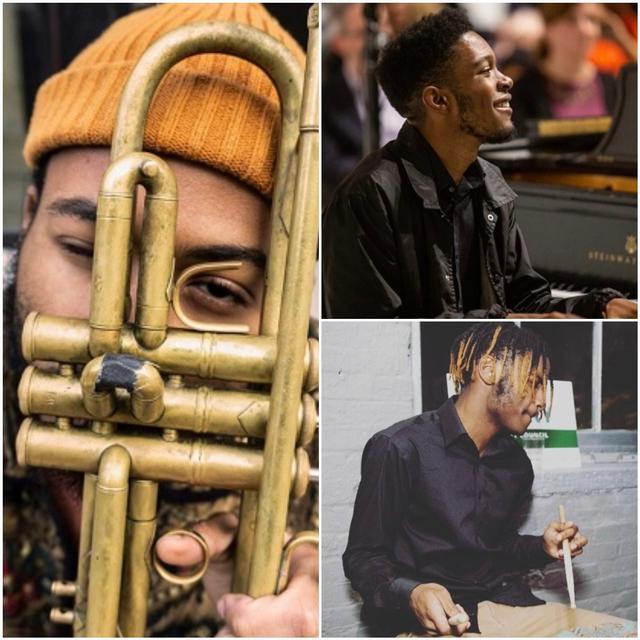 Brandon was referred to as one of the top upcoming young performing artist in the region by the Baltimore Sun in 2015. Brandon Woody started playing the trumpet 12 years ago. He grew up in east Baltimore and attended several cultural programs around the city at a very young age like the Eubie Blake Cultural Center, Peabody Preparatory and many others, Brandon Woody is an alumni of the Baltimore School for the Arts, and during his time there he participated in programs such as the Berklee jazz workshop, Grammy Camp, Young Arts Competition, Shenandoah Jazz soloists competition. He started his own band named UPENDO in the year of 2015, and has been having shows all over the east and west coast and internationally since then. Brandon received a full scholarship after high school to attend the Brubeck Institute. After attending the Brubeck Institute Brandon was awarded a full scholarship to attend the Manhattan School of Music. Brandon recently moved back to  Baltimore and started working on his album. Brandon has studied with Cecile Bridgewater, Ambrose Akinmusire and Woodys biggest mentor is Theljon Allen. He has gotten the chance to perform with masters such as Quincy Phillips, Ray Angry, Benny Maupin, Stefon Harris, Danilo Perez, Terri-Lyne Carrington, Steve Wilson, John Pattituci, Ed Simon, Tarus Mateen and has performed at venues such as Jazz at Lincoln Center Appel Room, Lincoln Center Atrium. Brandon has played with and recorded on several different rappers and singers projects all over the east coast like Miranda Curtis, Sophie Marks, Solange, Neptune, Victoria Canal.  Brandon is a new member of Solanges band and Standing on the Corner. He opened up for the Newport Jazz Festival, and performed in the Danilo Perez Band. He performed  the music of Clifford Brown with Strings and the music of Max Roach and Brown with Jon Faddis in January 2018 at Aaron Davis Hall as part of a special celebration of Clifford Brown and Max Roach at Manhattan School of Music. Brandon has been curating several shows in Baltimore in the effort to simply bring people together that might not always get the chance to be together. Brandon has 2 film scores. Brandon will be releasing his first album in Summer 2020.