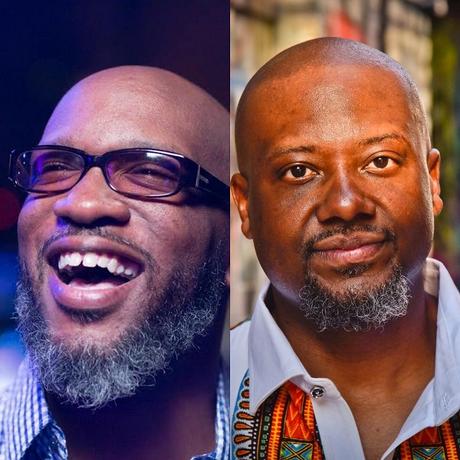 Grammy Nominated pianist and composer Orrin Evans and trumpeter Sean Jones have performed together for two decades -- but they have never performed as a duet. This is a truly special, never-before-seen event!

Born in Trenton, NJ but raised in Philadelphia, acoustic pianist Orrin Evans was among the "Young Lions" of straight-ahead jazz who emerged in the 1990s. His main focus is hard bop, although he has occasionally detoured into soul-jazz and R&B when backing such vocalists as Denise King and his wife, Dawn Warren. Influenced by McCoy Tyner, Horace Silver, Bud Powell and Thelonious Monk, among others, Evans graduated from high school in the early 1990s and studied at Rutgers University in New Brunswick, NJ before going on to study privately with Kenny Barron and be employed as a sideman by Bobby Watson, Ralph Peterson, Duane Eubanks, singer Lenora Zenzalai-Helm and others.

Evans recorded his first CD as a leader, The Orrin Evans Trio, for his own Black Entertainment label in 1994. After that, he signed with Criss Cross and recorded Justin Time in 1997, Captain Black in 1998 and Grown Folks Bizness in 1999. Listen to the Band followed a year later, with Blessed Ones and Meant to Shine following soon, continuing his yearly release schedule.  Evans joined The Bad Plus in 2017, replacing Ethan Iverson.

Music and spirituality have always been fully intertwined in the artistic vision of trumpeter, bandleader, composer, educator and activist Sean Jones. Singing and performing as a child with the church choir in his hometown of Warren, Ohio, Sean switched from the drums to the trumpet at the age of 10.

Sean is a musical chameleon and is comfortable in any musical setting no matter what the role or the genre. He is equally adept in being a member of an ensemble as he is at being a bandleader. Sean turned a 6-month stint with the Jazz at Lincoln Center Orchestra into an offer from Wynton Marsalis for a permanent position as lead trumpeter, a post he held from 2004 until 2010. In 2015 Jones was tapped to become a member of the SFJAZZ Collective where he was a member until 2018. During this time, Sean has managed to keep a core group of talented musicians together under his leadership forming the foundation for his groups that have produced and released eight recordings on the Mack Avenue Records, the latest is his 2017 release Sean Jones: Live from the Jazz Bistro.

Sean has been prominently featured with a number of artists, recording and/or performing with many major figures in jazz, including Illinois Jacquet, Jimmy Heath, Frank Foster, Nancy Wilson, Dianne Reeves, Gerald Wilson and Marcus Miller. Sean was selected by Miller, Herbie Hancock and Wayne Shorter for their Tribute to Miles tour in 2011.

He has also performed with the Cleveland, Pittsburgh and Youngstown Symphony Orchestras as well as Soulful Symphony in Baltimore and in a chamber group at the Salt Bay Chamber Festival.

Sean is also an internationally recognized educator. He was recently named the Richard and Elizabeth Case Chair of Jazz at John Hopkins University’s Peabody Institute in Baltimore. Before coming to Peabody, Sean served as the Chair of the Brass Department at the Berklee College of Music in Boston.