Streaming Concert_#238: Kenny Wright and the A Train 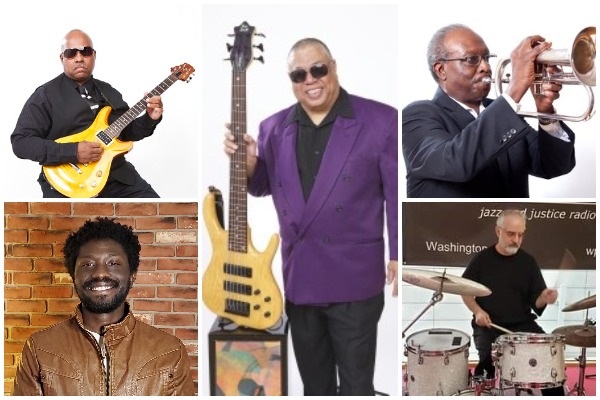 Kenny Wright & The A Train

A review of Kenny Wright's most recent CD in the Oct. 2018 LA Jazz Scene by noted Jazz critic and Historian Scott Yanow:

Bassist Kenny Wright has worked with both jazz (Oscar Brown Jr, Michael White and his own band Experience) and r&b groups during his career thus far. He is a very fluent player, able to swing or play funky whenever inspiration strikes. The Bass Master is an unusual set in that he not only plays bass but (via overdubbing) piano, guitar and (on keyboard) Midi sax and flute. Other than one guest appearance apiece by pianist Charles Etzel and Morris Dow on harmonica, all of the music is performed by Wright.

The bassist contributes six of the eight numbers and they cover several moods and grooves. “Solo Flight” has colorful ensembles, “Robin” gives Wright (including on his midi horns) a chance to jam blues, “Mars Landing” is a bit rockish, and “The Bass Master” is quite catchy. The strongest original is probably “Ellerbie” which changes time signatures (the melody is in 5/4, the solos are in 4/4), has a strong melody, and inspires excellent statements on piano and bass.

The last two numbers (mistakenly listed as Wright originals) are “My Favorite Things” (a solo feature for his inventive bass) and a lightly funky “Star Spangled Bass” which is based on a well-known anthem.