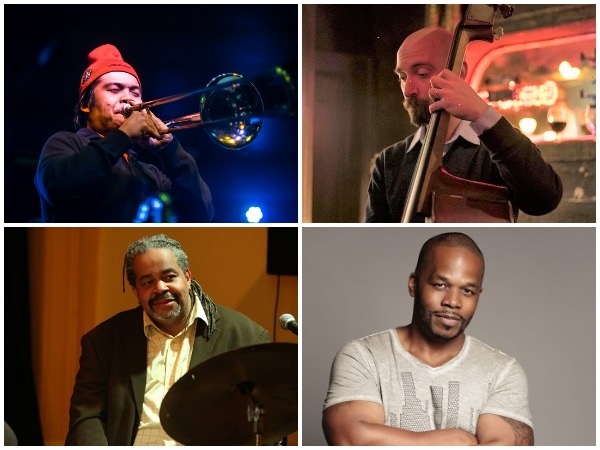 Jeff Reed is an acoustic bassist, electric bassist, composer, and educator, currently residing in Baltimore. One of the most in demand sidemen in the area, Jeff has performed extensively throughout the United States and throughout the world. Reed recently has been working with bass clarinetist Todd Marcus, multi-instrumentalist Warren Wolf, and trumpeter Sean Jones in his innovative new group, Dizzy Spells. Jeff has also performed with a slew of musicians over the years including Gary Thomas, Miguel Zenon, David Sanchez, Dave Kikoski, Dave Liebmann, Jeff Coffin, Bennie Maupin, and Tom Morello to name a few. He has also been recorded on over fifty full length albums.

Warren Wolf is a multi-instrumentalist from Baltimore From the age of three, Warren has been trained on the vibraphone/marimba, drums and piano under the guidance of his father Warren Wolf Sr. After graduating from Baltimore School for the Arts in 1997, Warren attended the Berklee College of Music in Boston. There he studied with Carribean jazz vibraphonist Dave Samuels and vibist Ed Saindon. Warren has performed with a who's who of the musical world. He has several recordings as a leader and recently signed to the Mack Ave recording label