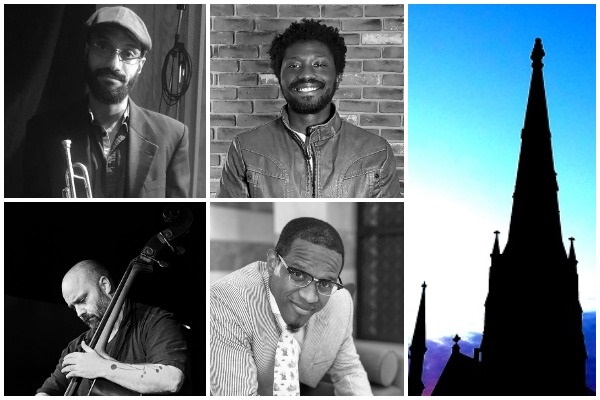 Leo Maxey Jr. is a freelance and recording session trumpeter and has worked for David Murray Big Band, Joe Chambers, The Four Tops, The Impressions, Grainger Brothers, Norman Brown, Frederic Yonnet's "Band With No Name", Mike Phillips, Gary Thomas, Mark Gross, Miho Hazama, Mo Horns, and local/regional artist.  He is a part of the local church and resides in Baltimore.

Quincy Phillips is a drummer, pianist, and organist at his home church, East Baltimore Deliverance, who holds his B.A. in Music from the prestigious Howard University in Washington, D.C.

Phillips is no stranger to the music industry, having spent more than 30 years cultivating his passion as a musician from childhood through his adult years. Phillips had the great honor to perform for the President of the United States Barack Obama and First Lady Michelle Obama for the “Smithsonian Salutes Ray Charles: In Performance at the White House”. The evening included performances by the Christian McBride Big Band, Yolanda Adams, Leon Bridges, Andra Day, Anthony Hamilton, Demi Lovato, Sam Moore, The Band Perry, with Rickey Minor as executive music director.

Phillips won 1st place for Jazz Composition for his arrangement of “Alone Together” at the IAJE conference in NYC and is a member of Grammy award-winning Christian McBride Big Band. For over seven years he worked with the late great Roy Hargrove Quintet and Big Band. Currently, he’s been working with Dominick Farinacci Quintet and world-renowned Christian McBride.

Mikel Combs is a versatile acoustic and electric bassist living and working in the Maryland/DC area. He has performed and lived in New York, Los Angeles, throughout the Midwest and the Mid-Atlantic region. Mikel has performed, recorded, and appeared with many local, national and international artists and continues to do so.

Damien R. Noble is a musician from Baltimore, Maryland and a graduate of Peabody Conservatory.  He has enjoyed directing choirs, working with musicians and serving God.  Damien has had the privilege of working or performing with Gary Thomas, Blake Meister, Alex Norris, Mike Clark, Michael Formanek, Christian Hizon, Warren Wolf Sr. and many others.  He credits God for His accomplishments and seeks to help others find their purpose, especially young people.  Damien hopes to serve as a role model to those who have had high hopes to move forward in their passion but who might not have had the confidence to do so.