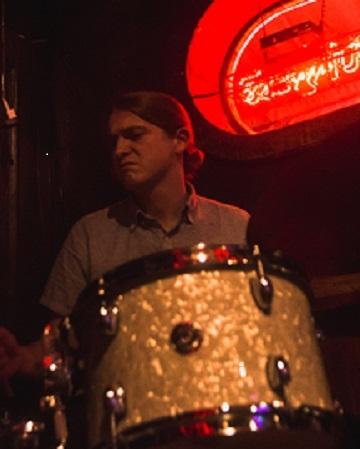 This is a recording of their live performance on March 24, 2021.

Drummer Brendan Brady is an experienced performer, educator, and composer based in Baltimore, Maryland. He completed his undergraduate studies at Towson University where he studied with Drummer Frank Russo and Saxophonist Jason Rigby. He worked as a residency artist and studied with musicians such as Kris Davis, Drew Gress, William Parker, and Mark Guiliana. Outside of academia, he has studied with renowned drummers such as Greg Hutchinson,  Johnathan Blake, Paul Wells, and Joe Farnsworth.

Brendan has experience as a bandleader and sideman, performing in many venues all over Baltimore, Washington DC, New York, and beyond. He has performed with local and national artists such as Jason Rigby, Jeff Reed, John Lee, Noah Pierre, Jeremiah Lloyd Harmon, and the Baltimore Symphony Orchestra.

As an educator, Brendan teaches private lessons, as well as in a classroom format. He currently teaches at the Music Workshop of Baltimore, various Music and Arts locations, and at the St. Joseph School of Cockeysville. Brendan plays Canopus drums and accessories.