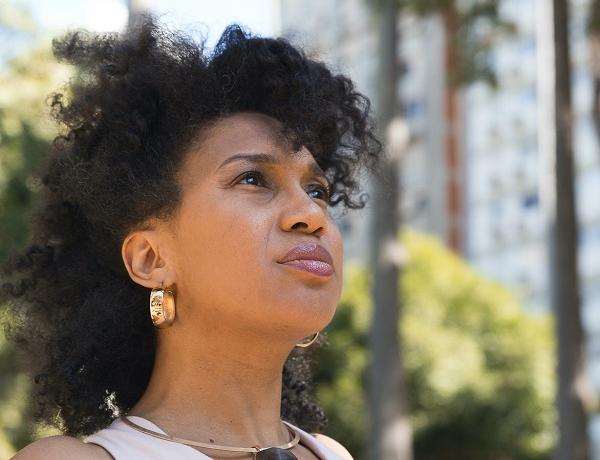 This is a recording of their live performance on March 21, 2021.

Based in the Washington, D.C. area, Alison Crockett is a vibrant vocalist who has performed and recorded in a wide range of genres including neo-soul, acid jazz, R&B, gospel, funk and electronica. Extensive training and varied experience fuel her strong and highly nuanced delivery and helped her reach an undisputed level of artistic excellence.

Her program will feature songs that hold a deep emotional connection for the artist. Selected for their powerful and vivid imagery, they include George Gershwin’s 1932 classic “I Got Rhythm,” jazz standard “The Old Country,” written by Nat Adderly and Curtis Lewis and released in 1960 and Chick Corea’s jazz-fusion song “You’re Everything.” She’ll also share her own original composition, “Soul Dancer,” an ode to the unbound spirit.

Following breakthrough success as a featured vocalist with DJ King Britt and British jazz-rap group Us3, Alison continued to evolve musically, recording diverse projects: the jazz EP That’s Where You Go in 1999, critically acclaimed R&B album On Becoming A Woman in 2004, dance/electronic album The Return of Diva Blue in 2006,  jazz album Bare in 2007, 2012 political multi-genre patchwork album Mommy, What’s A Depression in 2012 and Brazilian-inspired EP Obrigada recorded in São Paulo, Brazil and released in 2018.

After earning a master’s degree from Manhattan School of Music, Crockett toured the country with acid jazz project Sylk 130 and toured with Us3 in the U.S., Europe and Japan. A dedicated music educator and popular vocal coach, she taught at Temple University and is currently on faculty of George Washington University.