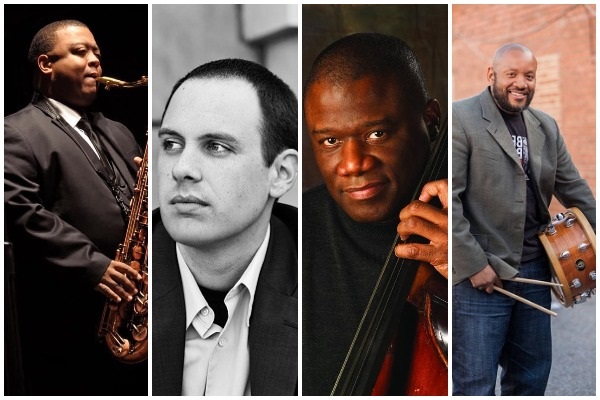 Dover, Delaware native Todd Simon is a 2007 Peabody graduate and a mainstay on the Baltimore/Washington D.C. jazz scene as a pianist, organist, and saxophonist. He served in the U. S. Naval Academy Band from 2009-2014 and then moved to New York City and began immediately performing at several venues in Harlem, Manhattan, and Brooklyn. He has performed and/or recorded with Chris Potter, Nicholas Payton, Gary Bartz, Tim Warfield, Antonio Hart, Ralph Peterson, Gary Thomas, Paul Bollenback, Tarus Mateen, Mike Pope, Dontae Winslow, Mark Gross, Freddie Hendrix, Warren Wolf, Daryl Davis, and Vanessa Collier, as well as several acclaimed ensembles including The Fabulous Hubcaps, which his father founded.

John Lamkin, III is a native of Baltimore. He began playing drums at theage of four. John attended The Manhattan School of Music in New York City and Berklee College of Music in Boston. John has toured, played and recorded with a number of exceptionally talented recording artists. He maintains a deep respect and appreciation of those who’ve set standards in the music world.