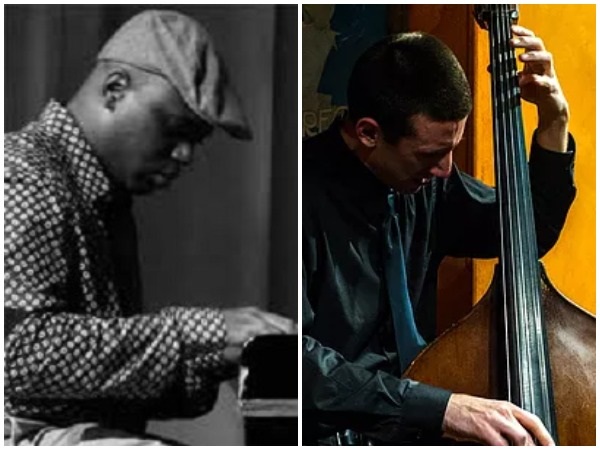 This is access to a recording of their live performance on our stage on Sunday, April 19, 2020

Whether dominating the ivory keys of a grand piano or the weighted 88, Justin Taylor commands a sound and style that captivates audiences and astounds the listener. His approach to creating music and connecting with his audiences nothing short of music mastery in its finest. This Towson University graduate, with a degree in Jazz Studies and Commercial Music has been performing for over 24 years on both local and national stages with some of the music industry's most prolific and well known artist in jazz, gospel& R&B. Equally skilled in theses styles of music, Justin is also a writer, producer, and engineer. He has performed or opened for artist such as Grammy nominated R&B & Hip Hop artist Jaheim, Contemporary R&B and Pop singer K'Jon, Baltimore's very own National recording artist Maysa Leak and national recording saxophonist Corinthia Cromwell, Tim Warfield, Warren Wolf, Ed Hrybyk and several other prominent local and national artist. Because of Justin's versatility. He is one of Baltimore's most sought after young pianist who is making his mark in this great art form called music. He has recorded on several national & artist albums in his career and has taught at Columbia & Baltimore's School of Rock & performed in artist in residency ensemble at Towson University. Justin is currently working on material for his debut project.

Ed Hrybyk is an upright and electric bassist, composer, arranger, and educator. Ed graduated from Baltimore School for the Arts in 2006 and University of the Arts in 2010. He resides in Baltimore, where he has performed with local bands, Ultrafaux, The Bumper Jacksons, Hot Club of Baltimore, Unity Reggae Band, and The Manly Deeds. He is featured on three albums with Ultrafaux, three with Hot Club of Baltimore, and one album with Sonny Nelson and Unity Reggae Band. In addition to these bands, Ed has performed alongside esteemed musicians such as, Tedd Baker, Victor Provost, JS Williams, Lena Seikaly, Elijah Jamal Balbed, and Olivier Kikteff. He releasied his debut album as a bandleader in August 2018.