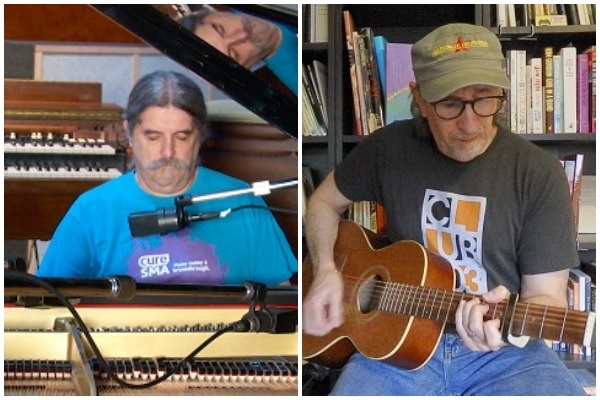 Howard & Glenn have performed together at An die Musik Live many times, as well as with several other groups.

Looking at the world through soot-covered glasses, Glenn & Howard slide through a variety of musical moods with uncommon grace and biting humor.

Having recorded five albums together and with another in progress, this show has a combination of original tunes from that body of work, a few unreleased gems, and some personal favorites - performed at a very safe distance from each other.

Link remains active for one week.