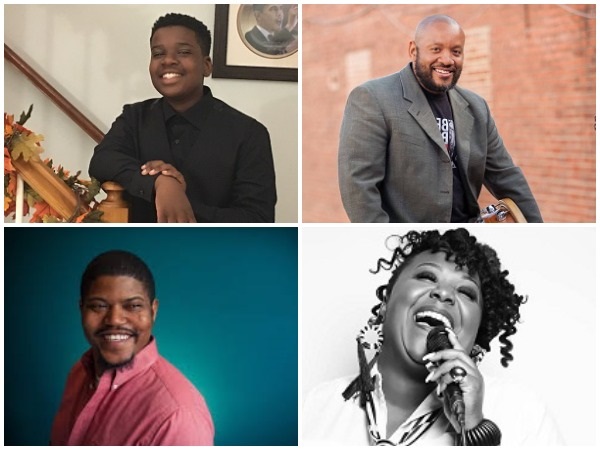 Many may say he’s too young to have such an old soul, but you’ll see in just a matter of time that his gifts along with his old soul, will bring joy and love to the young and wise, all around the world. Josiah LP Spencer, born in Baltimore to parents whose love for music added to his already unique musical talents in so many ways.  His love for gospel and jazz and soul now lead him to listen to musicians of all genres.

He has performed with one of Baltimore’s top community choirs, Singing Sensations Youth Choir, with whom he had the honor to perform with artists such as Kiki Sheard, and  Melba Moore, thanks to the great leadership of Dr. Hollie Hood Mincy. He has been inspired by artists such as Ray Charles, Aretha Franklin, Bill Withers, Maurette Brown Clark, and an array of other gospel greats.

Josiah LP Spencer is only 12 years old and in the seventh grade, but he has been called to do greater and bigger things through his love for his music and love for people young and wise.

John Russell Lamkin, III (drums) is a native of Baltimore Maryland. He began playing drums at the tender age of four. John attended The Manhattan School of Music in New York City and later, Berklee College of Music in Boston, Massachusetts. John has been recognized by, toured, played and recorded with a number of exceptionally talented recording artists including  Donald Harrison, Najee,  Michael Henderson, Kenny Garrett, Christian Scott, Warren Wolf, Chick Corea, Pharoah Sanders, the late great Lionel Hampton, the late great Abbey Lincoln, and many others. John maintains a deep respect and appreciation of those who’ve set standards in the music world.

Samuel Prather is an exciting and multifaceted pianist, drummer, and vocalist born and raised in Washington DC. He's equally comfortable in Jazz, Funk, Gospel, Brazilian, Latin, Neo-Soul, and R&B. On the groove side he has worked with Raul Midon, Fred Yonnet, and 76 Degrees West and on the jazz side he has shared the stage with Hugh Masekela, Cyrus Chestnut, and Pharoh Saunders to name a few. Samuel studied with Lafayette Gilcrest, Allyn Johnson, Charlie Young, and Charles Covington on his way to finishing the graduate program at Howard University. He won a student downbeat award in 2012 for his work with the Howard University Jazz Ensemble and currently leads his own critically acclaimed ensemble Groove Orchestra.  G.O! combines danceable grooves with the harmonic elements of jazz in a unique high-energy package that has been featured at the Funk Parade, DC Jazz Fest, and the Howard Theater. As of 2019 he’s led 4 albums as a bandleader and played on another 20 as a sideman with lots more on the way. Raised in the church and schooled in Jazz, he made a Christmas album that honors both.