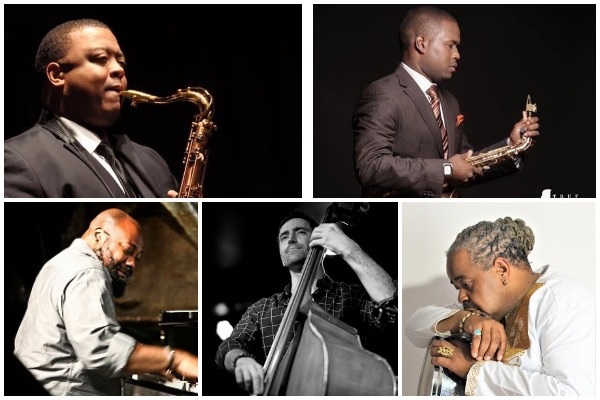 Craig Alston is a Baltimore-born and based multi-instrumentalist and composer specializing in woodwind, brasswind, keyboard and bass guitar in genres such as jazz, rhythm and blues, soul, hip hop and gospel. He is best known for his complex yet soulful sound on the saxophone. Craig has performed with notable musicians such as Lee Ritenour, Earl Klugh, Jonathan Butler, Najee, Norman Brown, Brian Culbertson, Frank McComb, Dennis Chambers, Eric Robeson and Larry Willis; legendary groups such as The O'Jays, The Temptations, and The Four Tops; as well as Soulful Symphony and the Cab Calloway Orchestra. He was the saxophonist for Fertile Ground and led the Eubie Blake Legacy Band for over seven years. Craig received the 2013 Jazz Journalists Jazz Heroes Award and was the winner of the 2011 Chick Webb Jazz Combo Competition. He is currently a Musical Director for multiple independent artists, a clinician, and the woodwind teacher for OrchKids.

Forging a deeply personal sound from a broad swath of the jazz landscape, internationally acclaimed saxophonist, educator, composer and arranger TIM GREEN has emerged as a powerful voice, melding deftly swinging hard bop, fluid modernity and soulful gospel. After graduating from the Baltimore School for the Arts he went on to receive his Bachelor of Music degree from the Manhattan School of Music and earned his Masters in Jazz Studies from the University of Southern California’s Thelonious Monk Institute of Jazz. During his time at USC he came up under the guiding lights of legends like Herbie Hancock, Wayne Shorter and Terence Blanchard. Green has returned to his native Baltimore, where he is a key component of the city’s burgeoning jazz, and music education community. He maintains an active presence in New York and in the international music scene through touring, educational programs and has been seen playing in the house band for various award shows on major networks.