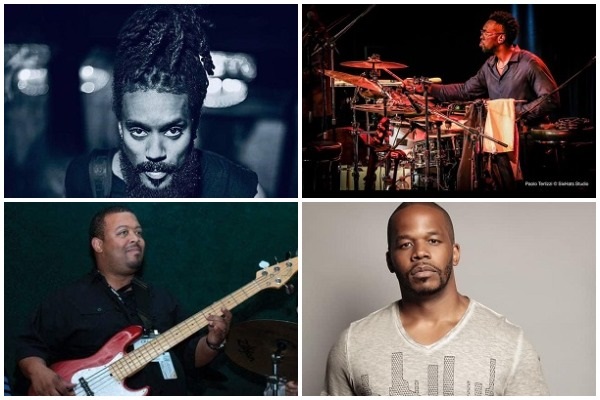 Recording of their performance on our stage on Feb. 16, 2021

Warren Wolf is a multi-instrumentalist from Baltimore. Through his three prior Mack Avenue Music Group releases and his attention-grabbing work with the likes of Christian McBride, Bobby Watson, Karriem Riggins, Jeremy Pelt, and the SFJAZZ Collective, Warren has established himself as the foremost straight-ahead vibraphonist of his generation, a bop torchbearer well equipped to carry the mantle of forebears like Bobby Hutcherson and Milt Jackson.

On his latest album, however, Wolf reveals an entirely different side to his multifaceted talents. As the title implies, Reincarnation represents a rebirth of sorts for the Baltimore vibesman. In part it frees Wolf to indulge his love for the R&B and soul hits that served as the soundtrack to his formative years in the 1990s. It’s also a celebration of a new lease on life, a happiness and contentment that he’s discovered through a new marriage and his five beloved children.

Craig Alston is a multi-instrumentalist from Baltimore who is best known as the saxophonist for Fertile Ground, whose sound was influenced by Sade, Fela Kuti, Miles Davis Quintet and Art Blakey and the Jazz Messengers. As an independent artist, Craig plays the saxophone, bass, or keyboard. As a saxophonist, Craig has played with jazz legends such as Larry Willis, David Murray, Oliver Lake, John Hicks and Jimmy Heath. He recently won the Chick-Webb Jazz Combo competition. He has been leading the Eubie Blake Legacy Band for the past seven years, and Genese Music and Entertainment selected him to be their Senior Consultant for its Obia Soul label. Craig is the music director and instrumental music teacher for the Maryland Summer Center, which teaches gifted and talented students to understand and play jazz, and thea leads the Timothy Baptist Summer Music Program where students with little to no instrumental experience begin learning to play instruments.

Lee Pearson. a Baltimore native, is one of the most vibrant and electrifying drummers of today. He plays lays with some of the finest names in music. From Broadway to Jazz, Hip-Hop and R&B, he maintains the classic vocabulary of percussion. He has recorded with great musicians such as Hank Jones, Roy Hargrove, John Hicks, Kenny Barron, Christian McBride, Mike Stern, Peter Bernstein, David Murray, The World Saxophone Quartet, Roy Ayers, Ronnie Laws, Lonnie Liston Smith, Wayne Henderson, Tom Brown, and Hamiet Bluiett.He participated in a world tour with Savion Glover’s four-time Tony Award-winning Broadway show, Bring in ‘Da Noise, Bring in ‘Da Funk