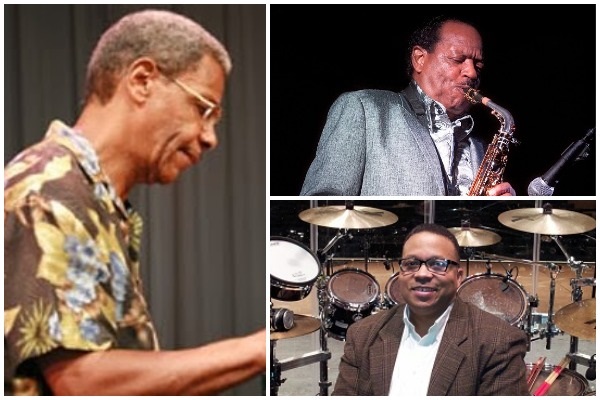 Baltimore native, Charles Covington became interested in jazz when his high school principal broadcast music by Errol Garner and Ahmad Jamal on the intercom. He served in the U.S. Army, attended the Peabody Conservatory of Music, and learned piano and organ at the Hammond School of Music. He performed in clubs and at the Royal Theater. After the manager of George Benson heard Covington perform in New York City, he invited him to tour with Benson. He also worked with Ethel Ennis, J.J. Johnson, O'Donel Levy, and Nathan Page.

An interest in chess led Covington to chess clubs in New York. He has been certified a Life Master by the U.S. Chess Federation and is considered one of the top black chess players in the country. He has written books on chess, checkers, and math.[1] For twenty years he taught at the Peabody Conservatory, then at Howard University. Covington has also performed as a magician.[1] He was the pianist for the television program BET on Jazz.[2]

In the 1980s, Johnson and his band worked an ongoing stint at Hazel's, a bar and restaurant in the Adams Morgan neighborhood of Washington, D.C., performing jazz and blues on the weekends. Since the closing of Hazel's in 1989, Johnson has stayed closer to home, playing engagements primarily in Baltimore.

Leon E. Alexander, Jr. is a world class percussionist and drummer who has spent his life dedicated to the art of versatility in all genres of music and the importance of educating and the telling of history through every performance. He is a Master Percussionist and has studied all areas of percussion which would include Drum Set, Steel Drums, Afro Cuban Percussion, Brazilian Percussion, Vibes, Marimba, Xylophone and a host of many other percussion instruments from around the world. He is a native of Washington, DC, and attended The Oberlin Conservatory of Music and the University of California San Diego. He was a member of the U.S. Navy Steel Drum Band in New Orleans,LA and was head of Percussion Instruction at the United States Armed Forces School of Music in Norfolk, VA. He has is a regular fixture as a studio musician in the Los Angeles studio scene. In 2008 he composed, arranged a musical score for the soundtrack of the film, Allah Made Me Funny. He is presently Instructor of Percussion at the Academy of the Performing Arts High School in Suitland, MD.