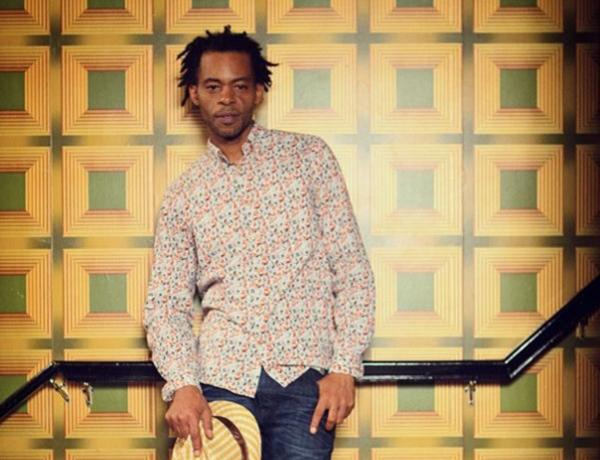 “The main thing is the intention behind what you say musically; [that’s] the beauty. If you’re thinking something and you hit that note, the resonance of what you’re thinking actually goes through that note. It’s like a telephone frequency carrying your voice--literally. That’s the power.” –  Marc Cary

In a jazz world brimming with brilliant and adventurous pianists, Marc Cary stands apart by way of pedigree and design as one of New York’s best jazz pianists. None of his prestigious peer group ever set the groove behind the drums in Washington DC go-go bands nor are any others graduates of both Betty Carter and Abbey Lincoln's daunting bandstand academies. Cary hails from a musically literate family--his mother is a cellist; his great grandmother was an ivory-tickler in silent movie houses who also rocked barrelhouse and stride duets with Eubie Blake. Ellington trumpeter Cootie Williams was a cousin of Cary's grandfather.

While New York City is Cary's birthplace, he was raised between Providence RI and the nation's capital. The player-composer and improviser is a graduate of DC's world-renowned Duke Ellington School For The Arts, also the professional spawning ground for Dave Chappelle, Wallace Roney, Denyce Graves and Meshell Ndegeocello whom Cary jammed with in the school's orchestra.

Cary's Ellington education prepared him to take on the daunting Big Apple at the ripe age of 21. Besides Carter and Lincoln, the next decade of his life found him sharing stages and cultivating craft with Dizzy Gillespie, Arthur Taylor, Carlos Garnett, Jackie McLean, Wynton Marsalis and one more goddess-figure among jazz vocalists, Carmen McRae. His comfort with women bandleaders also made him a favorite accompanist among other modern chanteuses, notably Ndegeocello, Erykah Badu, Lauryn Hill and Ani Di Franco.

The pianist's debut recording as a leader was released in 1995. Since then Cary's released a baker's dozen albums of music under his direction. Cary's ensemble profile has three distinct and mesmerizing faces: his Focus Trio; his pan-ethnic collective Indigenous Peoples, and Cary's Rhodes Ahead series, which his current Motéma recording indexes as Volume 2. The first volume earned him the debut annual Billboard/BET ''Best New Jazz Artist'' award in 2000.

Cary was no stranger to electronic tinkering in his youth. A neighbor down the road owned a repair shop. Through time spent there soldering deconstructing gadgets Cary became what he describes as a 'self-taught electrician.' This early hands-on training made him proficient at rewiring and re-programming some of his own sound gear later on. He says, ''Using analogue synthesizers and effects pedals on the Fender Rhodes, I learned how to manipulate electricity and create musical sounds. I became fascinated with how to build, transform and manipulate synthesizers and other electronic gear. From that fascination, I began to build and transform these instruments into more useful tools for me. I learned how to create everything from microphones to midi controllers, and manipulate household electronics to become musical tools. All of this fascination has worked its way deep into my musical sound, even my acoustic works.''

Now we have the current day collaborations between hallucinogenic hip hop producer Flying Lotus with Herbie Hancock and Lotus' uncle Ravi Coltrane. That high-voltage jazz tradition is as core to the contemporary jazz esthetic as big-band swing and bop and its varied dialects. To the electronic jazz tradition, Cary noticeably brings his own lyricism, warmth and warp-speed chops.

He remains one of New York’s best jazz pianists, and as a leading improviser, now heads up the jazz improvisation classes at Manhattan School of Music and The Juilliard School.