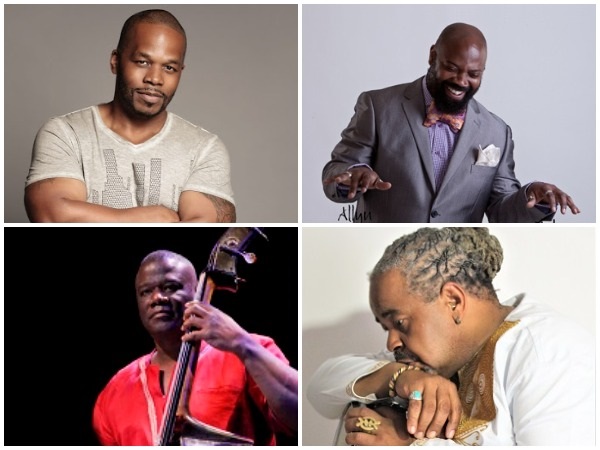 Warren Wolf is a multi-instrumentalist from Baltimore From the age of three, Warren has been trained on the vibraphone/marimba, drums and piano under the guidance of his father Warren Wolf Sr. After graduating from Baltimore School for the Arts in 1997, Warren attended the Berklee College of Music in Boston. There he studied with Caribbean jazz vibraphonist Dave Samuels and vibist Ed Saindon. Warren has performed with a who's who of the musical world. He has several recordings as a leader and recently signed to the Mack Ave recording label.

Native Washingtonian Allyn Johnson is a multi-talented musician, composer, arranger and producer whose trademark sound gives brilliance and fortitude to the art of jazz improvisation. Allyn, a prodigy who began playing piano at the tender age of five, got his start playing piano for the youth choir in his uncle’s church. While a student at the University of the District of Columbia, Allyn was mentored by the late great jazz legend Calvin Jones, a venerable figure in the international jazz community. Allyn has served for more than six years as an adjunct professor of music and assistant director

Relatively new to the DMV music scene, Obasi Akoto is well known for his work with Elvin Jones Jazz Machine and Baltimore’s own Cyrus Chestnut. A veteran bassist, Obasi has had a long and distinguished career performing and recording with some of the most important jazz musicians in the world. He has appeared on many recordings as a sideman and two others as a leader and composer: After 15 years at the helm of the University of Manitoba Jazz Studies program, Obasi Akoto is now retired and living in Baltimore, happy to be devoting himself to his career as a full-time performer, composer and recording artist.