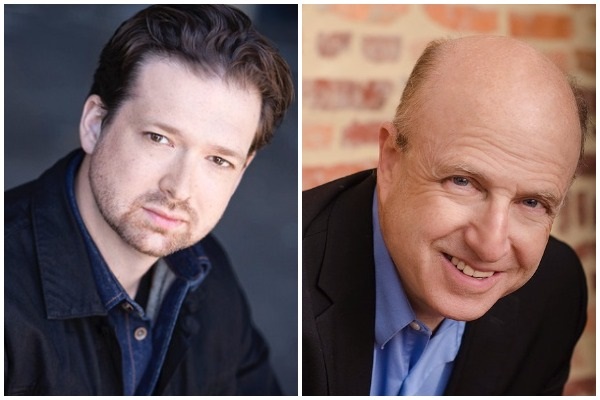 You can still also get a recording of their live performance on our stage in May 2020:  Quarantine Concert Series #28

Daniel Schwait is a New York-based actor and singer. New York credits include: Love Life with Brian Stokes Mitchell and Kate Baldwin directed by Victoria Clark, The Most Happy Fella starring Laura Benanti, directed by Casey Nicolaw, and Annie Get Your Gun starring Megan Hilty with City Center Encores!, Androcles and the Lion, and Caesar & Cleopatra with Project Shaw, the New York premiere of Andrew Lippa’s I Am Harvey Milk featuring Kristin Chenoweth at David Gergen Hall, Napoleon: The Musical at NYMF, and The Girl, The Ghosts, and The Minotaur at The Sheen Center. Regionally, he has appeared in productions of David Ives’ Ancient History, The Secret Garden, Les Miserables, Evita, Side Show, and Sweeney Todd.

Daniel has recorded two solo jazz albums as well as several singles and can be heard on the Encores! cast recordings of The New Yorkers, and Brigadoon starring Kelli O’Hara and Patrick Wilson. His new EP featuring works by Adam Guettel and Timo Andres will be released later this year. He has also appeared in concert with the New York Philharmonic, Boston Pops and Baltimore Symphony Orchestra and with artists including Christopher Plummer, Idina Menzel, Marin Mazzie, Zoe Caldwell, John Williams, and Steven Spielberg. He is a graduate of Manhattan School of Music. www.danielschwait.com

Marc Irwin is a pianist, composer, arranger, and recording artist, using his diverse talents as a  musician within the fields of contemporary, jazz, classical, theater, and world music. A native  New Yorker, Marc’s performing credits include twenty years as a pianist and conductor for Broadway theatre, five years as a sound designer and keyboardist with Harry Belafonte and ten years as an assistant conductor at the Kennedy Center for the Performing arts in Washington,  D.C. Marc received a Doctorate in Music Composition from the Peabody Institute, Johns  Hopkins University, in 2000. Marc’s portfolio includes string quartets, woodwind and brass ensembles, orchestral works, over thirty arrangements for the Peabody Children’s Chorus, and over fifty jazz compositions. Marc has released six jazz albums with labels that include Iris  Records and Arabesque Recordings. Marc leads a New York-based jazz quintet, MIQ, and performs, produces, records and teaches out of his home studio here in Baltimore and New York.