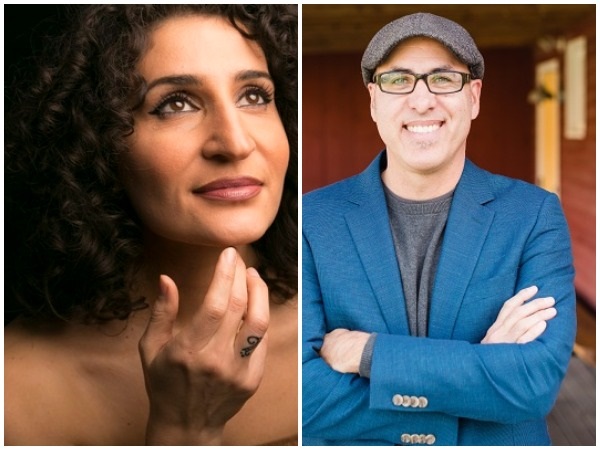 Irene Jalenti's deep voice and unique sound are rooted in Italy. She has traveled and performed for over 15 years throughout Europe and the United States. Irene earned an Undergraduate degree in Jazz Performance at Peabody Conservatory of Music and a Master's degree in Jazz Studies at Howard University in Washington, DC. She sings with multi-award winning a cappella jazz ensemble Afro Blue. She has performed with Esperanza Spalding, Patti Austin, the Count Basie Big Band, Yolanda Adams, to name some. Irene has also performed at the Kennedy Center, the Apollo Theater of New York and even the White House for former President Barack Obama.

"It's rare to find an Italian jazz singer (like the outstanding Irene Jalenti) who's able to convey with such strength and intensity." [Angelo Leonardi, All About Jazz Italia]

"(She adds) an extraordinary, heartbreaking sheen to the instruments - an inspiring touch." [Bob Doerschuk, Downbeat Magazine]

Alan Blackman is a Baltimore-based pianist and award-winning composer. He and his ensembles have performed at Blues Alley, the Kennedy Center, and many festivals and venues from San Francisco to New York. Recent performances have been with Donny McCaslin, Joe Locke, Ferenc Nemeth, Mike Pope, Warren Wolf, Tim Green, Alex Norris, and Sunna Gunnlaugs among others. He was selected to be part of the Betty Carter Jazz Ahead program at the Kennedy Center, The Banff Centre Residency program and has received grants from the Maryland State Arts Council in jazz composition, performance and world music as well as the Chamber Music of America’s prestigious New Jazz Works multi-year commission. Arrangements and performances of his music have been featured on NBC’s Parenthood, NPR’s Talk of the Nation, and JazzSet with Dee Dee Bridgewater, as well as Stephen King’s movie, 1408.

Turning Point featuring Donny McCaslin was released in 2011, Alone Together: The 2 Piano Project in 2012 and The Coastal Suite, a multimedia work is out now on Top Floor Records. Chapter 3, released in 2018 is the latest recording and features guitarist Gilad Hekselman.