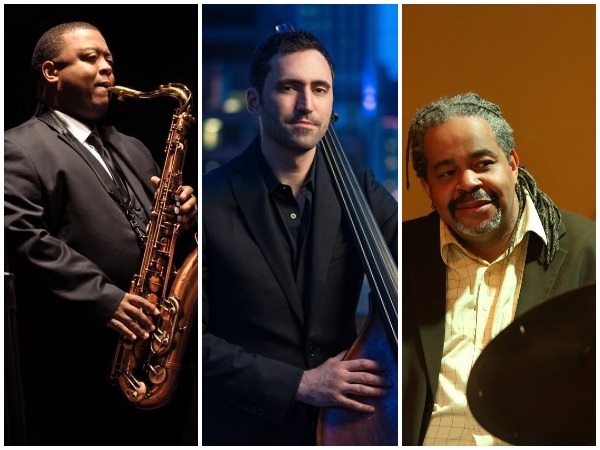 **This is access to a recording of their live performance on our stage on Saturday, May 2, 2020.**

Craig Alston is a multi-instrumentalist from Baltimore who is best known as the saxophonist for Fertile Ground, whose sound was influenced by Sade, Fela Kuti, Miles Davis Quintet and Art Blakey and the Jazz Messengers. As an independent artist, Craig plays the saxophone, bass, or keyboard. As a saxophonist, Craig has played with jazz legends such as Larry Willis, David Murray, Oliver Lake, John Hicks and Jimmy Heath. He recently won the Chick-Webb Jazz Combo competition. He has been leading the Eubie Blake Legacy Band for the past seven years, and Genese Music and Entertainment selected him to be their Senior Consultant for its Obia Soul label. Craig is the music director and instrumental music teacher for the Maryland Summer Center, which teaches gifted and talented students to understand and play jazz, and thea leads the Timothy Baptist Summer Music Program where students with little to no instrumental experience begin learning to play instruments.

Described as a musician with “wit, soul and an organic-sounding complexity that only a master can pull off” (Giovanni Russonello, New York Times jazz critic), Blake Meister has performed around the world. He has joined a diversity of virtuoso musicians. Touring and recording with legendary pianist Larry Willis (including his last outing, for High Note Records) Meister joined the class of young heirs in the modern jazz tradition. Working with saxophonist and innovator Gary Thomas, he forged a unique style, with an angular and new musical dialect. He appears on Thomas’ latest album, At Risk, on Inner Circle Music. Also on Inner Circle, Meister released his debut as a leader, entitled Septagon. Both CapitalBop and the Washington City Paper named it Album of the Year. He is also a member of the Baltimore Jazz Collective, with trumpeter Sean Jones. Meister also served on the faculty of the Peabody Conservatory of Music for a decade, founding a robust, productive jazz department.

Baltimore native, Eric Kennedy is a drummer, vocalist, percussionist, educator and composer. Eric’s introduction to all styles of music and early music training was initiated by his musical relatives, who also cultivated his love of jazz. Eric continued his arts education at the Baltimore School for the Arts, studying classical percussion and voice with Baltimore Symphony Orchestra percussionist John Locke, Donna Di Stefano and the late Dr. Nathan Carter, and Ms. Jewel Churn of Frederick Douglass HIgh School.