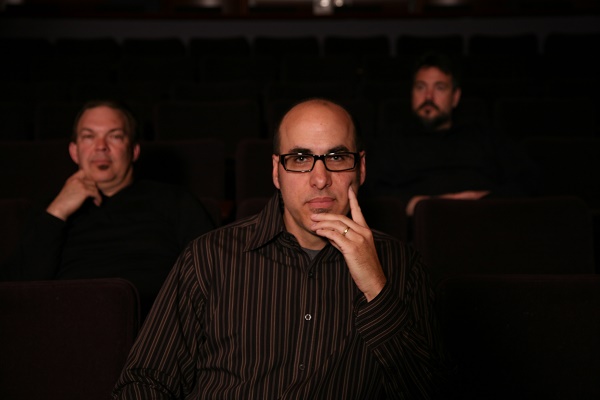 "...It's poetry in slow motion, words translated into sound..." -- All About Jazz.com

"...there is something here, a beauty, that is captivating." -- Joe Locke

After meeting on an Uptown Vocal Jazz Quartet gig, rhythm section mates Alan Blackman, Max Murray and Frank Russo immediately knew that they possessed a rare chemistry. It wasn’t long before they teamed up with sax titan Donny McCaslin and recorded their first CD, Turning Point. With an atypical freedom this trio can move between the interpretations of Brahms, The Beatles and Peter Gabriel then into unique original compositions, penned mostly by pianist Blackman. Not limited to the traditional Broadway standards repertoire, Blackman Murray Russo endeavors to open up the popular songs of every era in Western Music to the explorations and freedom of the improvising model of jazz.

Chamber Music America recognized their music in awarding them the New Jazz Works Grant in 2011. They produced the multimedia work entitled The Coastal Suite, a programmatic long-form composition with improvised interludes which tells a musical story of a 24-hour tidal cycle. It is presented with projected images of renowned Shetland Island artist Ruth Brownlee. A live performance in Brooklyn was recently captured and aired on NPR’s JazzSet with Dee Dee Bridgewater. A studio recording, enhanced with promotional video, is also out now on CdBaby and iTunes. New in 2018 was the release of Chapter Three which features guitarist Gilad Hekselman as guest artist and 9 original compositions by Blackman.
The future is bright for this innovative group with various bookings in Charleston, Seattle, New York, Washington D.C and a trip to JazzAhead in Germany to facilitate concerts in Europe.