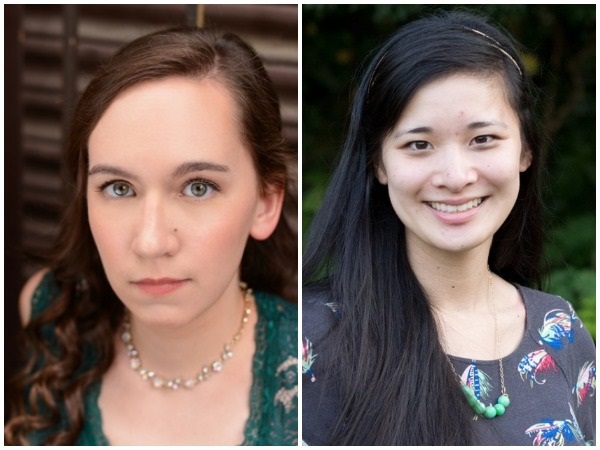 Peter Dayton (1990-):
If They Delight
Text from Stanzas in Meditation by Gertrude Stein
1. Brightly “Should they may be…”
2. Spacious “In one direction there is the sun…”
3. Playfully “Now only think three times roses
green and blue”

Soprano Katie Procell has been praised throughout the Baltimore area for her "golden tone and arresting stage presence" (Peter Dayton). Procell is currently represented by Spotlight Artists Management. As a lover of new music, she works closely with composer Peter Dayton and has premiered several of his works. She will appear on an upcoming album of Peter Dayton’s vocal music and on an upcoming album of Garth Baxter’s.

Valerie Hsu is a collaborative pianist, community organizer, and religious professional based in Baltimore. A semifinalist in the Fischoff National Chamber Music Competition, Valerie studied at Vanderbilt University with Craig Nies and Melissa Rose, where she was recipient of the inaugural Gall/Martin Collaborative Arts Award.