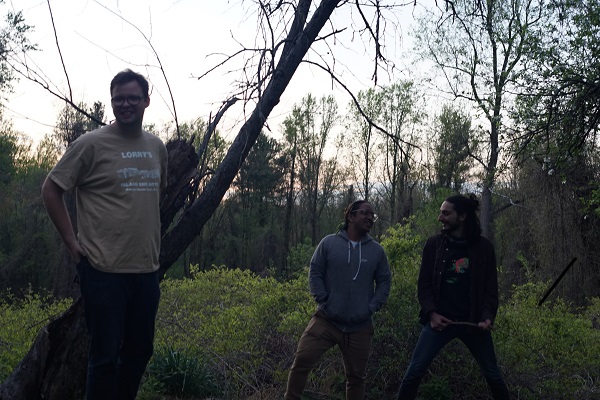 Recording of their performance on 6/17/21

The Abe Mamet trio, with Joe Palmer and Steve Arnold

Abe Mamet is a French horn player from Denver, CO who has lived in Washington, DC since 2017. Being one of the only musicians in the country to exclusively play jazz music on the horn, Abe has become an oft-used addition for large format ensembles across the region, most notably working for Frank Lacy in NYC and the AFree symphony in DC. His teachers and mentors include Manuel Collazo (Colorado Springs), Keith Oxman (Denver), Franz Sollner (Vienna), Morris Kliphuis (Amsterdam), and John Clark (NYC). With his small ensemble work, Abe presents 21st-century American music informed by his positionality within the wide-ranging Jewish diaspora, as well as his family’s long roots in jazz on the East Coast.

Stephen Arnold is a bassist, composer, producer, and arranger living in Washington, DC. He received a bachelor’s degree in English and Music from the George Washington University, where he studied with Herman Burney. He has quickly become one of the region’s most in-demand upright and electric bassists, performing regularly with Sharon Clark, Donvonte McCoy, and Simone Baron, and leading his own critically-acclaimed ensemble, Sea Change.

Joe Palmer was born in Manchester CT and currently resides in Silver Spring MD. He is a drummer and Percussionist. Joe has spent recent years traveling Europe and Africa with Real World Records artist Les Amazones De Afrique, as well as freelancing as a sideman with several Jazz, Hip-Hop, and Rock artists. His life consists of the study of music whilst promoting humanitarian work through world travel and cultural exploration.

Together, the group explores the unique anxieties, and joys, of artistic creation, freedom, and struggle in our modern America, by using jazz to groove and build new pathways towards beauty.