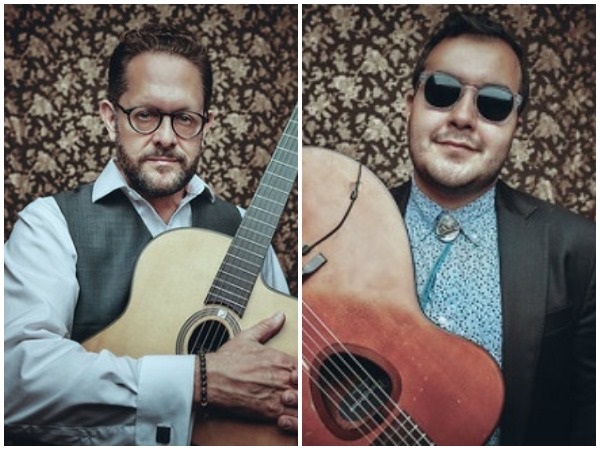 **This is access to a recording of their live performance on our stage on Saturday, March 28, 2020.**

Ultrafaux Ensemble will celebrate the release of their 4th album "Tangent" at An die Musik on June 27, 2020!  They have been performing Gypsy Jazz inspired compositions by guitarist Michael Joseph Harris since 2014. Harris has become a prolific composer in the style, pushing the edges of what is possible by creating music that is rooted in the Django Reinhardt tradition but colored by his own personal influences which include Afro-Cuban, Brazilian Choro, Modern Jazz, Funk and Blues.

Ultrafaux has been featured at top venues all over the world including Festival Django Reinhardt in France, The Kennedy Center, Django By The Sea, Django-a-gogo, Midwest Gypsy Swingfest, Djangoary, Napa Valley Jazz Society, and the annual Django Birthday Festival in Asheville. Despite their tongue-in-cheek name, the musicians of Ultrafaux are steeped in the authentic technique of the genre and have studied with top players all over the world including Fapy Lafertin, Sebastien Giniaux, Olivier Kikteff, Samson Schmitt, Stochelo Rosenberg, Stephane Wrembel, Tcha Limberger, and Antoine Boyer.

Please do not share the link among your friends, rather encourage them to purchase the link for just $5 --the artists greatly need the support during this time of shuttered venues.