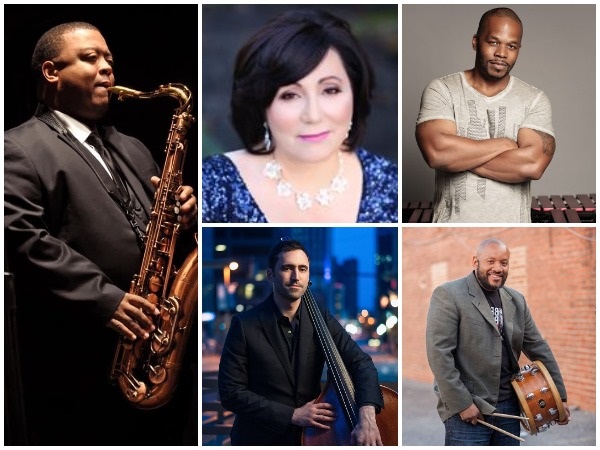 One of the most creative contributors to Baltimore’s cultural scene, Marianne Matheny-Katz is a respected presenter and champion of jazz as well as an accomplished jazz vocalist. Her  CD Somewhere in Paradise has received significant nationwide airplay and critics are singing her praises. The two-time Billie Holiday competition award winner is well known to jazz lovers in the Mid-Atlantic Atlantic region, where she has performed for over a decade.

Warren Wolf is a multi-instrumentalist from Baltimore From age three, Warren has  trained on the vibraphone/marimba, drums and piano. He attended the Peabody Preparatory for eight years studying classical music with former BSO member Leo LePage. During high school at Baltimore School for the Arts, he studied with current BSO member John Locke. He then attended Berklee College of Music in Boston, where he studied with Carribean jazz vibraphonist Dave Samuels and vibist Ed Saindon. Warren has performed with a who's who of the musical world. He has several recordings as a leader and has recently signed to the Mack Ave recording label.

Described as a musician with “wit, soul and an organic-sounding complexity that only a master can pull off” (Giovanni Russonello, New York Times jazz critic), Blake Meister has performed around the world. Touring and recording with legendary pianist Larry Willis, Meister joined the class of young heirs in the modern jazz tradition. With saxophonist and innovator Gary Thomas, he forged a unique style, with an angular and new musical dialect. Meister released his debut recording as a leader, titled Septagon, which both CapitalBop and the Washington City Paper named Album of the Year. He is a member of the Baltimore Jazz Collective with trumpeter Sean Jones, and served on the faculty of the Peabody Conservatory for a decade, founding a robust, productive jazz department.

John Lamkin, III is a native of Baltimore. He began playing drums at theage of four. John attended The Manhattan School of Music in New York City and Berklee College of Music in Boston. John has toured, played and recorded with a number of exceptionally talented recording artists. He maintains a deep respect and appreciation of those who’ve set standards in the music world