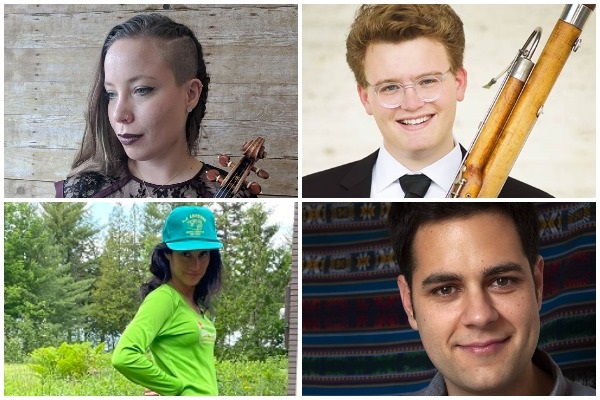 Originally from House Springs, Missouri, Holly Jenkins joined the violin section of the Baltimore Symphony Orchestra in September 2016. She is passionately committed to promoting peace, dialogue, and cross-cultural awareness through music. Inf 2011, she and a colleague conducted a tour of Jordan and the West Bank in cooperation with Musicians Without Borders, Nablus a Culture, and several other organizations, teaching and performing in schools and community centers. In 2012 she participated in a two-week trip to Pakistan with Cultures in Harmony to perform and conduct music workshops.

Bassoonist Harrison Miller has performed with the Baltimore Symphony Orchestra since 2017. Appointed to the principal bassoon position in 2021 by Music Director Marin Alsop, Harrison joined the BSO as acting principal bassoon in 2017. Harrison received his Bachelor of Music from The Juilliard School in May 2017, where he studied with Judith LeClair. In addition to receiving a Kovner Fellowship, Harrison was the winner of Juilliard’s 2017 Peter Mennin Prize for outstanding achievement and leadership in music.