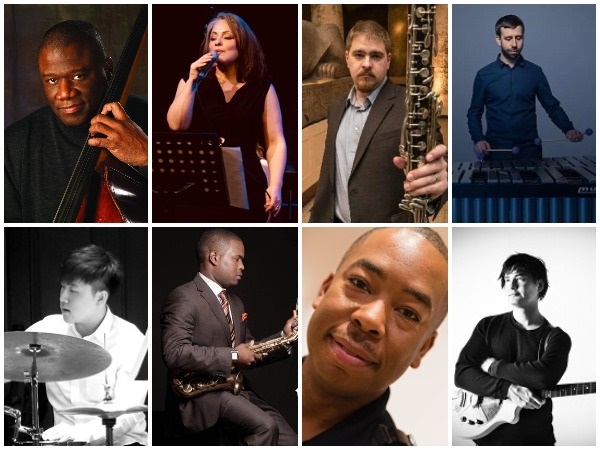 Obasi Akoto presents the Oceanic Jazz Orchestra Chamber Group, featuring the music he originally composed and orchestrated for his 2017 full-length orchestral release entitled “All Over The Map” This chamber group remix marks the start of a new take on his compositions. The album has been described as “impassioned and transformative” and has cemented him as a prolific composer and orchestrator:

“All Over the Map introduces the fresh and adventurous sound of Obasi Akoto's Oceanic Jazz Orchestra (OJO).  Led by composer and jazz bassist Steve Kirby, OJO is a hybrid jazz-classical ensemble, with instruments like bassoon, oboe, pedal steel, and classical violin folded in alongside vibes, trumpet, saxophone, flute, and vocals. The compositions are equally far-ranging in their rhythmic and structural qualities, borrowing from jazz, folk, rock, hip hop, baroque, French impressionist, electronic, and tango.